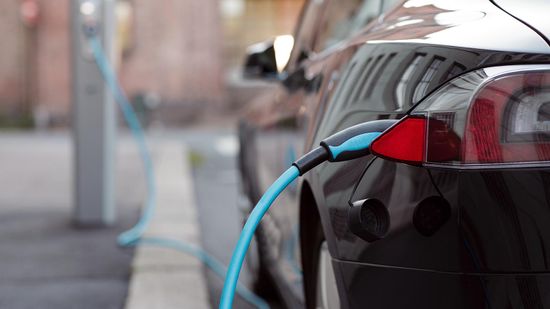 Doomsday scenarios about when the globe will run out of fossil fuels have been flowing since the 1950s, when Shell geologist M. King Hubbert created a mathematical model showing what would happen to United States domestic oil production in the coming years.

Just because a car says "hybrid" on its side panel, is it really any easier on the environment than its gas-burning counterparts?

Who consumes the most fossil fuels per capita?

It's pretty much common knowledge that some countries use more resources than others. Do you know who consumes the most fossil fuel per capita?

Will cars ever run on carbon dioxide, or is that marketing hype?

With petroleum-loving masses and tax-happy governments finally getting on board with the development of alt fuels, the race is on to find the cleanest, eco-friendliest, and most importantly, cheapest alternative to fossil fuels.

Will natural-gas cars ever be suitable for consumer use?

Are you in the market for the greenest vehicle you can drive that isn’t a 10-speed bike? Natural gas-powered cars could be both cleaner and cheaper to run than gasoline or diesel powered cars — theoretically at least.

Wine adds flavor to foods and can pair nicely with a meal once it’s served. You can even use it to dye fabrics and soften your skin. But is it really good for making fuel, too?

"Lower than pond scum" may be a great insult; but we're not here to put these micro-organisms down any lower than they already are on the evolutionary chart. In fact, we're here to exalt them.

How the Biofuel Tax Credit Works

The U.S. government is offering tax breaks to those who make, mix and sell biofuels to consumers -- but not to the consumers who actually use them. We'll tell you how these tax credits work.

How do second-generation biofuels work?

First-generation biofuels don't hold the promise they once did. Will the second generation be able to reduce the world's dependence on oil with affecting the global food supply?

Oil is not only a precious resource, it's also a financial hot commodity for the giant oil companies. That's because we have a love-hate relationship with it.

To cut down on carbon dioxide emissions, governments, car manufacturers and utility companies have been seriously pursuing alternative energy sources. How much do you know about biofuels?

Can we use vegetable oil as fuel in cars and electrical generators?

Can we use vegetable oil as fuel in our cars and in electrical generators? The short answer is yes. The longer answer is, well, yes, with a good number of qualifications.

The world produces an astonishing amount of olives -- 21.2 million tons, or 19.3 million metric tons, says the Food and Agriculture Organization of the United Nations. It would be a bummer for all those pits to just sit in a landfill.

Instead of relying on futuristic power sources, steampunk-style contraptions look to the past and get their juice from steam. Does steam have staying power as a source of energy?

Hemp Energy: Sounds like a joke, but it’s not!

We’re still a ways from a hemp-powered car, but industrial hemp has made a number of headlines in past years, especially as an alternative energy source. Is hemp the power of the future?

Biofuels -- the word seems magical. It brings to mind singing birds, clear blue skies and global happiness. Somehow, we can turn plants and other organic material into something to power our cars and save the planet at the same time.

Scientists use the term algae to refer to a large and varied group of plantlike organisms often found in water. Like plants, algae are photosynthetic: They convert carbon dioxide into food using the power of sunlight. Could it be used as fuel?

What are the differences between ethanol and other biofuels?

Would you believe corn isn't just potential fuel for you, but also for your car? Welcome to biofuels!

What are the environmental benefits of biofuels?

There's no question -- relying on coal and oil for power is a dirty game. Both fuels release greenhouse gases when burned. Both require extensive and sometimes dangerous collection methods.

From wood-burning stoves in Sudan to coal-fired power plants in Pittsburgh, most of the world runs on biomass energy -- energy produced using materials derived from living things

There are plenty of arguments for biorefining as the way to power the future, as well as reasons to wonder if we should think twice about the developing energy source.

The sun provides more than enough energy for all of our needs, but the hard part is harnessing it to be able to use it effectively.

There’s a saying about sports cars: They can pass anything on the road -- except a gas station. Here are 10 sports cars that break the stereotypical gas-guzzler image.

Running a car on compressed air isn't exactly a new idea. In fact, the technology dates back to the early 1930s. So what makes Magnetic Air Motors' magnetic air car unique?