What are hydrogen fuel cell kits? 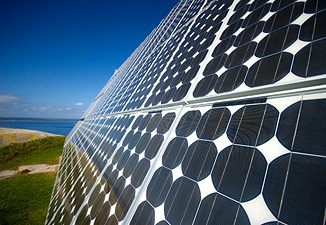 How much do you know about hydrogen fuel cells?
Thinkstock

Anyone who's seen the famous, grainy footage of the Hindenburg disaster is familiar with the idea that hydrogen ignites easily. And while there are lots of competing theories surrounding exactly how and why the Hindenburg caught fire, one truth remains. Burning unlocks stored energy, making hydrogen useful as a fuel.

Although it's the most abundant element in the universe, hydrogen is most commonly found locked in water here on Earth. In the 19th century, a researcher named William Grove found that applying electricity to water -- aka electrolysis -- separated it into its basic components of hydrogen and oxygen. In the resulting gas, hydrogen and oxygen are intermingled but not bonded together.

Researcher Yul Brown delved into practical research on using this gas, now known as Brown's or HHO gas, as a fuel. Today, kits can carry out this kind of conversion in internal combustion engines to increase gas mileage.

From Molecules to Fuel Cells

Hydrogen fuel cell kits take this idea one step further. Grove also correctly theorized that you could reverse the process, combining oxygen and hydrogen to release electricity. The result is a hydrogen fuel cell.

You can't simply fling the atoms together, though. Hydrogen must be broken down into its positively and negatively charged particles first. A hydrogen fuel cell does just that. Much like in a battery, on one side of the fuel cell is the positive post, where the hydrogen is introduced. A polymer film allows only the atoms' protons to pass, stripping them from the hydrogen and leaving only the negatively-charged electrons behind.

The electrons are attracted to the positive side of the fuel cell, a phenomenon known as electron flow. But they can't pass back through the polymer film the way the protons did. Instead, they are directed outside the fuel cell through a circuit. When you add an electrical device like a car motor to this circuit, the flow of electrons powers it. As they continue along the circuit to the positive side of the cell, they pick up their protons, forming hydrogen once again. The hydrogen also bonds to oxygen from the surrounding air: The result is water.

The High Cost of Clean Emissions

The only byproducts of the electricity generated by hydrogen fuel cells are heat and water, which makes them an extremely desirable source of power, environmentally speaking. But hydrogen fuel cell kits currently exist only as limited-release concept cars or in miniature for RC cars or in hands-on science experiments for kids. A couple of big roadblocks stand in the way of wide deployment of fuel cells in the world's transportation fleets, namely cost and net energy yield.

Fuel cell technology for powering electric cars is currently more expensive than conventional engines. Plus, it can take more energy to make and run the cell than the cell can in turn put out. So, in spite of its overall cleanliness, fuel cell technology isn't always efficient.

Interestingly, those same RC car and science experiment kits available may provide a sense of how future fuel cells will gain energy. Some model car kits use solar panels to draw the energy to power electrolysis. Perhaps as solar power becomes more ubiquitous, so too will hydrogen fuel cells.