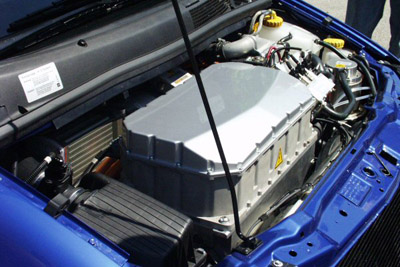 You've probably heard about fuel cells. In 2003, President Bush announced a program called the Hydrogen Fuel Initiative (HFI) during his State of the Union Address. This initiative, supported by legislation in the Energy Policy Act of 2005 (EPACT 2005) and the Advanced Energy Initiative of 2006, aims to develop hydrogen, fuel cell and infrastructure technologies to make fuel-cell vehicles practical and cost-effective by 2020. The United States has dedicated more than one billion dollars to fuel cell research and development so far.

So what exactly is a fuel cell, anyway? Why are governments, private businesses and academic institutions collaborating to develop and produce them? Fuel cells generate electrical power quietly and efficiently, without pollution. Unlike power sources that use fossil fuels, the by-products from an operating fuel cell are heat and water. But how does it do this?

In this article, we'll take a quick look at each of the existing or emerging fuel-cell technologies. We'll detail how polymer electrolyte membrane fuel cells (PEMFC) work and examine how fuel cells compare against other forms of power generation. We'll also explore some of the obstacles researchers face to make fuel cells practical and affordable for our use, and we'll discuss the potential applications of fuel cells.

If you want to be technical about it, a fuel cell is an electrochemical energy conversion device. A fuel cell converts the chemicals hydrogen and oxygen into water, and in the process it produces electricity.

The other electrochemical device that we are all familiar with is the battery. A battery has all of its chemicals stored inside, and it converts those chemicals into electricity too. This means that a battery eventually "goes dead" and you either throw it away or recharge it.

With a fuel cell, chemicals constantly flow into the cell so it never goes dead -- as long as there is a flow of chemicals into the cell, the electricity flows out of the cell. Most fuel cells in use today use hydrogen and oxygen as the chemicals.

In the next section, we will look at the different types of fuel cells.