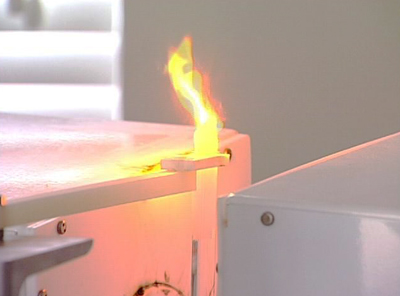 You may have heard about an invention created by a 63-year-old named John Kanzius that claims to create an alternative fuel out of salt water. Through sheer serendipity, Kanzius, a former broadcast engineer, found out something incredible -- under the right conditions, salt water can burn at high temperatures.

Kanzius' journey toward surprise inspiration began with a leukemia diagnosis in 2003. Faced with the prospect of debilitating chemotherapy, he decided he would try to invent a better alternative for destroying cancerous cells. What he came up with is his radio frequency generator (RFG), a machine that generates radio waves and focuses them into a concentrated area. Kanzius used the RFG to heat small metallic particles inserted into tumors, destroying the tumors without harming normal cells.

But what­ does cancer treatment have to do with burning salt water?

During a demonstration of the RFG, an observer noticed that it was causing water in a nearby test tube to condense. If the RFG could make water condense, it could theoretically separate salt out of seawater. Perhaps, then, it could be used to desalinize water, an issue of global proportions. The old seaman's adage "Water, water everywhere and not a drop to drink" applies inland as well: Some nations are drying up and their populations suffering from thirst, yet the world is 70 percent ocean water. An effective means of removing salt from salt water could save countless lives. So it's no surprise that Kanzius trained his RFG on the goal of salt water desalinization.

During his first test, however, he noticed a surprising side effect. When he aimed the RFG at a test tube filled with seawater, it sparked. This is not a normal reaction by water.

Kanzius tried the test again, this time lighting a paper towel and touching it to the water while the water was in the path of the RFG. He got an even bigger surprise -- the test tube ignited and stayed alight while the RFG was turned on.

News of the experiment was generally met with allegations of it being a hoax, but after Penn State University chemists got their hands on the RFG and tried their own experiments, they found it was indeed true. The RFG could ignite and burn salt water. The flame could reach temperatures as high as 3,000 degrees Fahrenheit and burn as long as the RFG was on and aimed at it.

But how could salt water possibly ignite? Why don't careless litterbugs who flick lit cigarette butts into the sea set the whole planet aflame? It all has to do with hydrogen. In its normal state, salt water has a stable composition of sodium chloride (the salt) and hydrogen and oxygen (the water). But the radio waves from Kanzius' RFG disrupt that stability, degrading the bonds that hold the chemicals in salt water together. This releases the volatile hydrogen molecules, and the heat output from the RFG ignites them and burns them indefinitely.

So will our cars soon run on salt water instead of gasoline? Read the next page for some of the hurdles that would have to be overcome for salt water to fuel cars. 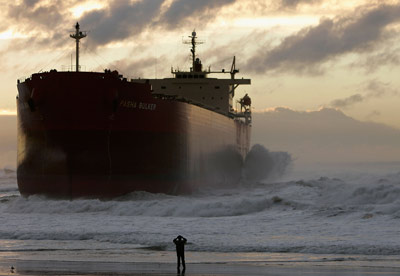 For more information about alternative fuels, check out the links on the next page.