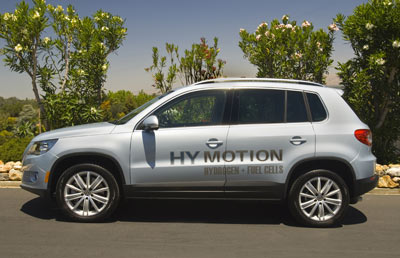 The Volkswagen Tiguan HyMotion is an example of a concept vehicle powered by a hydrogen fuel cell. See more pictures of alternative fuel vehicles.
Volkswagen of America

Every time you pump gasoline into your car, you're ever so slightly depleting the world's supply of fossil fuels. These fuels, which include petroleum and coal, are the condensed remains of living organisms from prehistoric times. The supply of these fuels is limited and will eventually run out. Worse, much of this supply of petroleum is controlled by a few nations blessed with an abundance of oil and these nations can dictate both the petroleum supply and its price. Furthermore, dependence on fossil fuels by a nation like the United States further complicates already complex matters of foreign relations and national security. Fossil fuels have met much of the world's energy needs for several centuries, but there is a limit to how long they can continue to do so in the future.

The universe we live in is made up of approximately 75 percent hydrogen, though there's surprisingly little pure hydrogen here on the surface of the Earth. Hydrogen gas generally exists as H2 molecules, in which two hydrogen atoms are bound together. Because H2 molecules are so light, uncontained hydrogen gas can easily float to the top of the Earth's atmosphere and can actually escape into space. Most of the hydrogen at ground level is bound up in molecular form with other elements -- in water, for instance, where hydrogen is combined with oxygen to form H2O molecules.

There are several methods that can be used to produce pure hydrogen from hydrogen-containing molecules. Hydrogen can be extracted from natural gas (by far the most common method), it can be removed from water through electrolysis or it can be produced biologically from algae or certain kinds of bacteria. Some of the more promising methods of hydrogen production are still being researched, while others, such as extraction from natural gas, are in common use.

In 1970 the chemist John Bockris coined the term hydrogen economy to refer to a future in which all vehicles would use hydrogen as a fuel. An important step in this direction has been the development of a device called a fuel cell, which generates electricity using hydrogen. Major car manufacturers have already produced concept cars powered by fuel cells, the Volkswagen Tiguan HyMotion and the Chevrolet Equinox Fuel Cell SUV are two examples, and at least one hydrogen fuel cell production model is already available in California, the Honda FCX Clarity.

Why the push for hydrogen technology? Is it really that much better than fossil fuel consumption? What about the hydrogen economy -- is it even possible? Take a deep breath and read the next page. 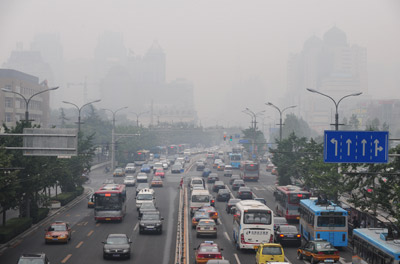 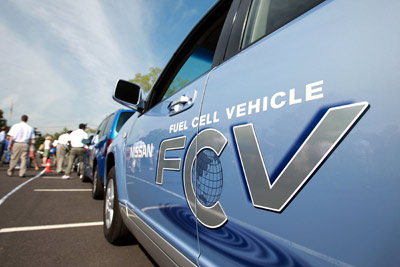 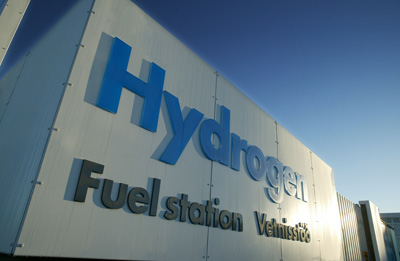