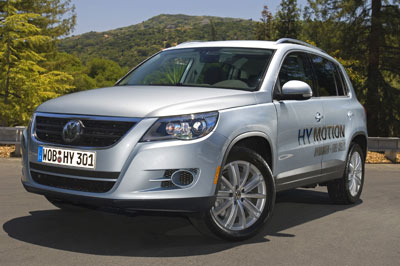 only emissions were water vapor, you'd do it in a heartbeat, right?

It turns out that you can. Automakers are at the cusp of technology that would allow us to use hydrogen instead of gasoline to fuel our cars. Hydrogen is readily available and has fewer environmental drawbacks than petroleum-based fuels like gasoline. Though the technology is in its infancy, there are two ways hydrogen-as-car-fuel will likely be developed -- hydrogen-on-demand for internal combustion engine applications and for fuel cell vehicles.

Because of the promise of these two clean energy technologies, there are a number of scams trying to capitalize on the demand. In this article, we're going to look at fuel cell vehicles, hydrogen-powered internal combustion vehicles and we'll even take a look at some recent advertisements that claim with a simple conversion kit, you can run your car on water.

All hydrogen technologies work on the same principal as gasoline to power cars. Fuels, like gasoline and hydrogen, contain chemical energy. That energy can be released by creating a chemical reaction. In the case of a gasoline or hydrogen-powered engine, that chemical reaction is combustion, or burning the fuel. In a fuel cell vehicle, the hydrogen fuel is combined with oxygen. While the combustion in a hydrogen- or gasoline-powered engine is converted into mechanical energy, in a fuel cell vehicle, the chemical energy from the hydrogen and oxygen is converted into electrical energy. Of course, this is a very simplified version of what's actually going on under the hood. If you're not quite sure about the differences between internal combustion engines and fuel cells, it might be a good idea for you to check out How Car Engines Work and How Fuel Cells Work.

Keep reading to find out if you really can power your car with water.

Does the mere mention of a hydrogen-powered car bring to mind images of the Hindenburg disaster? A major hurdle to hydrogen as fuel is the public perception that it's unsafe. While automakers assure the public that hydrogen is as safe as gasoline, they aren't always convincing. For example, during his test of the BMW Hydrogen 7, New York Times auto critic Lawrence Ulrich was prevented from driving the car through the Lincoln or Holland tunnels by the Port Authority of New York and New Jersey [source: Ulrich].