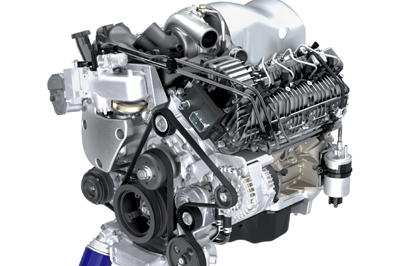 ­O­ne of the most popular HowStuffWorks articles is How Car Engines Work, which explains the basic principles behind internal combustion, discusses the four-stroke cycle and talks about all of the subsystems that help your car's engine to do its job. For a long time after we published that article, one of the most common questions asked (and one of the most frequent suggestions made in the suggestion box) was, "What is the difference between a gasoline and a diesel engine?"

Diesel's story actually begins with the invention of the gasoline engine. Nikolaus August Otto had invented and patented the gasoline engine by 1876. This invention used the four-stroke combustion principle, also known as the "Otto Cycle," and it's the basic premise for most car engines today. In its early stage, the gasoline engine wasn't very efficient, and other major methods of transportation such as the steam engine fared poorly as well. Only about 10 percent of the fuel used in these types of engines actually moved a vehicle. The rest of the fuel simply produced useless heat.

­I­n 1878, Rudolf Diesel was attending the Polytechnic High School of Germany (the equivalent of an engineering college) when he learned about the low efficiency of gasoline and steam engines. This disturbing information inspired him to create an engine with a higher efficiency, and he devoted much of his time to developing a "Combustion Power Engine." By 1892 Diesel had obtained a patent for what we now call the diesel engine.

­If diesel engines are so efficient, why don't we use them more often? You might see the words "diesel engine" and think of big, hefty cargo trucks spewing out black, sooty smoke and creating a loud clattering noise. This negative image of diesel trucks and engines has made diesel less attractive to casual drivers in the United States — although diesel is great for hauling large shipments over long distances, it hasn't been the best choice for everyday commuters. This is starting to change, however, as people are improving the diesel engine to make it cleaner and less noisy.

If you haven't already done so, you'll probably want to read How Car Engines Work first, to get a feel for the basics of internal combustion. But hurry back — in this article, we unlock the secrets of the diesel engine and learn about some new advancements.