by Dave Roos
NEXT PAGE 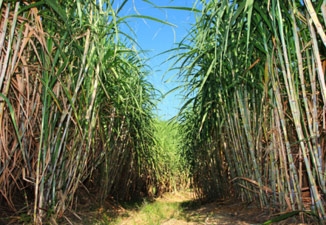 Between 1906 and 2005, average global temperatures rose 1.0 to 1.7 degrees Fahrenheit in both the Northern and Southern hemispheres, according to a 2010 report by the Environmental Protection Agency (EPA). That may not seem like a significant climate shift, but once the global warming trend has started, it’s difficult -- if not impossible -- to reverse.

Some climate experts predict that the polar ice caps will recede by 40 percent by 2050. As the ice melts, it creates a feedback effect. Essentially, sunlight that would have been reflected by the ice is now absorbed by the oceans, accelerating the warming process exponentially. As temperatures rise, more water vapor will enter the atmosphere, trapping even more heat in the global greenhouse.

Carbon dioxide, the chief byproduct of fossil fuel combustion, is a potent greenhouse gas that remains in the atmosphere indefinitely. In the U.S., the burning of coal for electricity pumps more than 2.4 billion metric tons of carbon dioxide into the atmosphere every year, according to the Energy Information Administration. And that’s just electricity. What about cars? The average American passenger car spits out 11,450 pounds (5,194 kilograms) of carbon dioxide every year. There are 246 million cars in the U.S.

To cut down on carbon dioxide emissions, governments, car manufacturers and utility companies have been seriously pursuing alternative energy sources. Among the leading contenders are biofuels -- renewable, clean-burning fuels made from plant- and animal-based source materials like corn, soybeans, discarded vegetable oil or animal fat.