If diesel engines are more efficient why do most cars have gasoline engines? 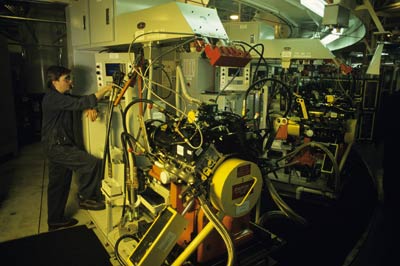 The two things working in favor of diesel engines are better fuel economy and longer engine life. Both of these advantages mean that, over the life of the engine, you will tend to save money with a diesel. However, you also have to take the initial high cost of the engine into account. You have to own and operate a diesel engine for a fairly long time before the fuel economy overcomes the increased purchase price of the engine. The equation works great in a big diesel tractor-trailer rig that is running 400 miles every day, but it is not nearly so beneficial in a passenger car.

As mentioned, the list above contains historical disadvantages for diesel engines. Many of the new diesel engine designs using advanced computer control are eliminating many of these disadvantages -- smoke, noise, vibration and cost are all declining. In the future, we are likely to see many more diesel engines on the road.