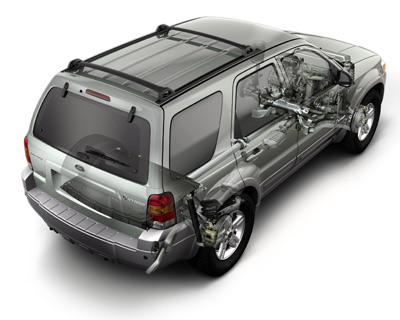 In addition to the Toyota Prius, Google.org has worked on the Ford Escape Hybrid to allow it to plug into a standard electrical socket. See more pictures of hybrid cars.
Image courtesy Consumer Guide Automotive

The average American car today gets about 20 miles per gallon (mpg) of gasoline. Eighty years ago, Henry Ford's Model T got 25 to 30 mpg and that car could run on gas or ethanol. What happened? In the decades since the Model T, car technology, speed, safety and comfort have improved tremendously. But in terms of fuel economy, we're still decades behind. With concerns about gas prices, global warming and air pollution, fuel efficiency has already become a point of concern for car buyers. Let's explore the question that a lot of people are asking: Can a car get 100 miles on a single gallon of gas?

We're not the only ones asking the question. Google -- yes, the search engine Google -- is trying to find out.

On June 20, 2007, Google announced that its founders' philanthropic organization, Google.org, is modifying gas-electric hybrid vehicles like the Toyota Prius to try to breach the 100 mpg threshold. The project, called Recharge IT, is collaborating with other companies and researchers, including Pacific Gas & Electric. They've handed out $1 million in grants to think tanks, educators, advocacy groups and researchers to advance the hybrid cause. Another $10 million is available to researchers who offer worthy proposals.

A second, intriguing part of the Google project is that they're working on vehicle-to-grid (V2G) technology, which lets cars "sell" back excess stored-up electricity to the local utility's electric grid. The vision behind this technology is discovering ways to harvest energy that's produced when driving a car -- engine heat, friction from breaks, solar energy -- and feed that energy back into the car and the electric grid. The end result is a more fuel-efficient car that can also lower your home's energy bill.

Google's hybrid, which requires more sophisticated batteries than those used by conventional hybrids, is not the only one of its type. Conversion companies exist that, for several thousand dollars, will turn your Prius or Ford Escape Hybrid into a plug-in hybrid. Others sell do-it-yourself kits over the Internet, though a significant amount of automotive expertise is recommended. This is not a recent phenomenon. For decades people have been creating their own electric, solar-powered and hybrid cars and modifying existing cars to go 100 miles per gallon or more (recently the Honda Insight has proved a popular choice).

So Google's trying to reach the 100-mpg threshold and many other organizations and amateurs are as well, but is 100 mpg feasible without an expensive conversion kit? Let's find out.

Why is Google working on hybrids?

Balancing the many developing green technologies requires efficient monitoring systems and information sorting. And that just happens to be what Google does -- it sorts the world's information. Plus, Google recently announced that it wants to be carbon neutral by the end of 2007, though it's not the first company to make such an announcement. (Yahoo did the same in April 2007). 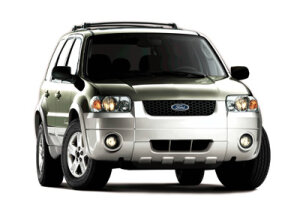