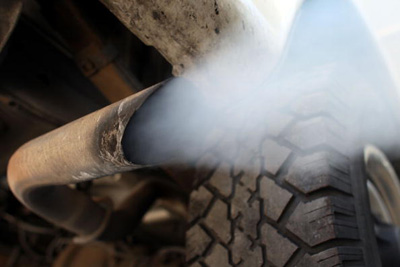 This may surprise you, but there are many ways to use the exhaust from this vehicle to increase fuel efficiency and reduce its harmful effects on the environment.
Joe Raedle/Getty Images News

With worldwide reserves of fossil fuels gradually diminishing and air pollution increasing, automotive engineers are constantly on the lookout for ways to make cars more fuel efficient and to reduce their carbon emissions. One of the most surprising places they've found wasted energy is in the car's exhaust. Actually, automotive designers have been tapping the hidden power of automobile exhaust since the early 1970s. Because this technology recycles the exhaust before it can exit the vehicle, it also helps reduce the emissions produced by a car and helps fight air pollution.

Technologies made to maximize the efficiency of a vehicle's exhaust are known collectively as exhaust heat recovery and recirculation. There are several ways to use a vehicle's exhaust to increase its fuel efficiency and make it run with fewer emissions. For example, the heat of the car's exhaust can be used to warm the engine coolant to keep the engine running warm, even when the motor has been turned off for a significant length of time. The interior of the car can also be warmed using exhaust heat, even in very cold weather. The amount of nitrous oxide (N2O) emissions can be reduced, and a vehicle's exhaust can actually be used to generate electricity. The term exhaust heat recovery is used for the process by which the exhaust's heat energy is recycled through both the car and the engine, so it's a part of all of these technologies.

Although these technologies can be used in any car, truck or SUV with an internal combustion engine, they're particularly important to hybrid vehicles, which need to produce maximum fuel efficiency and minimal emissions. Some of the most advanced implementations of this technology can be found in the 2010 Toyota Prius. In the next few pages, we'll look at how automotive engineers have made this technology possible. 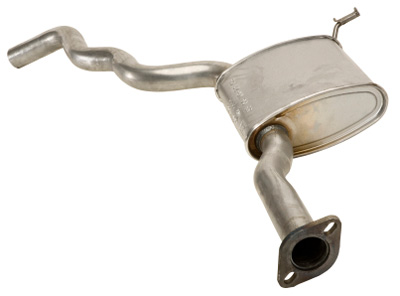 The key to exhaust heat recirculation is a device called an exhaust gas recirculation (EGR) valve. The EGR valve opens when it encounters back pressure from the car's exhaust and channels it back into the combustion chamber. You might wonder what good this does, since the air in the chamber is mixed with gasoline to make it combustible. Well, one thing it does is to make the fuel warmer. Warm fuel heats up more efficiently and therefore produces more miles per gallon. Once the EGR valve senses that the engine is warm enough, it redirects the exhaust elsewhere to prevent the engine from overheating.

Warming the coolant and the fuel not only helps the engine reach its optimal temperature faster when the engine is first started, but it also has a specific benefit for hybrids. Most hybrids are designed so that the internal combustion engine turns off when the vehicle is stopped. If it remains off for too long, the engine can get cold. EGR helps keep the engine from cooling down too quickly.

How does exhaust gas recirculation reduce pollution? The emissions targeted by EGR come from nitrous oxides that are produced at very high temperatures. By mixing the car's exhaust with the intake air, the amount of oxygen in the mixture is reduced and its combustibility is also decreased, which causes the fuel to burn at a lower temperature. In most EGR systems, the exhaust is also cooled before it's mixed with the gas. Therefore, fuel mixed with exhaust burns cooler and less likely to produce N2O. The lower temperatures also help fuel economy. With fuel less prone to detonation, the programmers who write the software timing routines for modern engines have more control over the precision of the engine's timing. The lower temperatures also help to avoid heat transfer energy losses, meaning that more of the car's energy goes into providing power for its wheels.

As we've seen, recirculating exhaust can both increase fuel efficiency and reduce pollution. But did you know that it may also be able to produce electricity? We'll explore that concept on the next page. 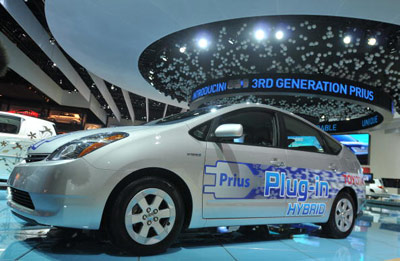