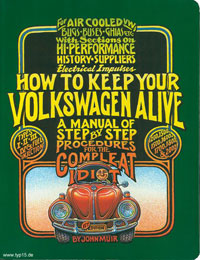 By 1969, auto mechanic John Muir was a master at repairing Volkswagen (VW) automobiles. Muir was a former aerospace engineer who'd designed missiles for defense contractor Lockheed. However, he gave up his engineering career, opting for a quiet life as a mechanic to New Mexico's growing counterculture, which embraced Volkswagen as its vehicle of choice.

As his reputation for fixing VWs grew, he was searched out for free advice. Muir apparently had no problem with these solicitations other than they forced him to repeat the same information over and over. His solution was to write a how-to guide for fixing VWs -- "How to Keep Your Volkswagen Alive: A Manual of Step-By-Step Procedures for the Compleat Idiot."

The book became a cult classic among VW drivers, largely due to Muir's down-to-earth advice. With the book, people found they could repair their own cars, saving money that would've been spent at the repair shop. But as automobile technology has progressed over the last few decades, so, too, has the need for specialized expertise to repair cars.

­For many, the days of do-it-yourself auto repairs are long gone. As a result, the costs associated with fixing cars have gone up. Technicians require more training, which makes them more valuable -- and more expensive. Digital Age cars have parts that are much more costly to replace. And hybrid cars also pose a significant increase in price to repair. Hybrids like the Toyota Prius, for instance, are built with a transmission that's not in wide use yet. Replacement parts aren't built and sold by many companies, as components for more prevalent transmissions are.

This has had a dampening effect on public attitudes toward hybrid cars. Forty-four percent of respondents to a poll by auto analyst Edmunds said they were "extremely concerned" about the expense of hybrid car repairs [source: Weston].

As we progress further into automotive technology, some fear we will find ourselves deeper in debt when these cars break down. Will car repairs in the future financially cripple you? Find out on the next page. 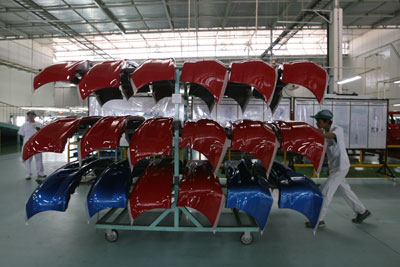 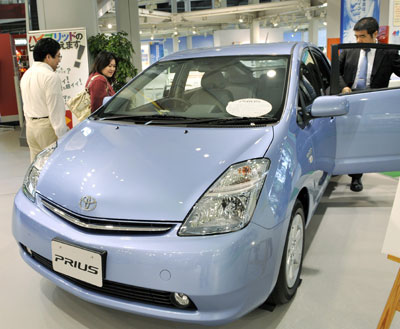