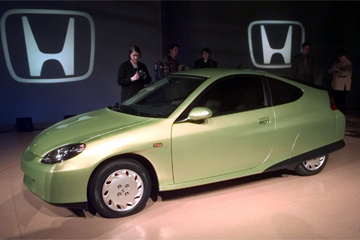 Generally speaking, a hybrid car is any car that uses more than one fuel source. Nowadays, however, we mainly use the term to describe cars that combine a gas-fueled internal combustion engine with a battery-driven electric motor. Until recently such hybrid electric vehicles (or HEVs) were relatively rare, but the success of the Toyota Prius has raised public awareness of these gas-saving vehicles and spawned a number of similar cars from manufacturers such as Honda (the Honda Insight) and Ford (the Ford Fusion Hybrid). In fact, these fuel efficient vehicles are one of the most rapidly growing segments within the auto industry. They help us achieve the ideal of green driving.

In the late 19th and very early 20th centuries, back when the idea that cars must run on gasoline wasn't yet set in stone, inventors tinkered with a number of ways in which automobiles could be powered -- including electricity, fossil fuels, steam and combinations of these things. The history of hybrid electric vehicles, however, began shortly after the dawn of the 20th century. Here are some of the highlights of that history:

1900: The Lohner-Porsche Elektromobil makes it debut at the Paris Exposition. Although initially a purely electric vehicle, designer Ferdinand Porsche soon added an internal combustion engine to recharge the batteries, making it the first hybrid electric vehicle.

1917: Woods Motor Company introduces the Woods Dual Power, a hybrid electric vehicle with a 4-cylinder internal combustion engine. The Dual Power had a top speed of around 35 miles per hour (56.3 kilometers per hour). It was not a success.

1960s and 1970s: Electrical engineer Victor Wouk builds a prototype HEV based on the Buick Skylark. When the U.S. government decided not to invest in the vehicle's further development, Wouk ran out of money and abandoned the project.

1968: GM develops the GM 512, an experimental vehicle that runs on electricity at low speeds and gasoline at high speeds.

1989: Audi demonstrates the experimental Audi Duo. It combines a 12-horsepower electric motor with a 139-horsepower internal combustion engine. Audi develops further generations of the Duo over much of the following decade.

1997: In response to a challenge from Executive Vice President Akihiro Wadi to develop more fuel-efficient vehicles, Toyota introduces the Prius and begins marketing it in Japan.

2002: Hybrids start to become fairly common in the marketplace. Honda introduces the Accord Hybrid. Many more hybrid cars follow over the next few years.

On the next page we'll take a closer look at the very first hybrid car, the Lohner-Porsche Elektromobil. This ingenious early motor vehicle shows that eco-friendly driving isn't just a modern concept. 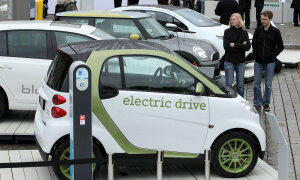 What's the history of electric cars? 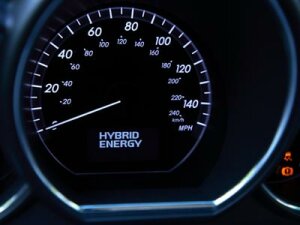 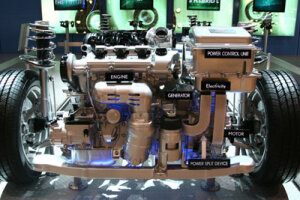