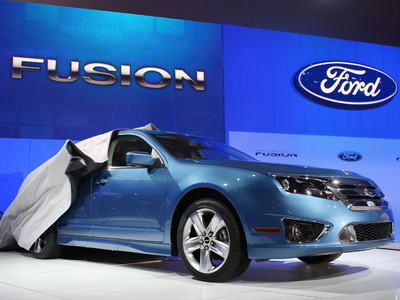 In 2­005 the Ford Motor Company introduced the 2006 Ford Fusion, a midsized sedan that was essentially a 21st century update of the Ford Taurus. The car wasn't meant to be flashy or sporty. Instead, it was another in a long line of dependable and affordable Ford sedans intended to get you from point A to point B.

Of course, some might take that to mean that the Fusion is also another in a long line of gas guzzlers. With concern over gasoline engines creating carbon emissions and contributing heavily to global warming, many are pushing for cleaner, more efficient technology in the cars we drive. Although there are several types of alternative fuel vehicles on the market today, hybrid drivetrains continue to offer a useful compromise of the best of both electric and gasoline technology -- electric motors create zero emissions and internal combustion engines provide the vehicle with enough cruising power.

­Since hybrids have caught on, car companies like Toyota and Honda have found relative success with their popular hybrid vehicles. Other car companies, including Ford, appeared to be behind the times. But in March 2009, Ford took a big step forward in an attempt to let the public know that the company has been paying attention. Now that the 2010 Ford Fusion Hybrid has hit the market, the model will represent Ford's first major entry in the area of the sophisticated hybrid sedan, something that could mean a lot in terms of production vehicles manufactured in the United States.

How efficient will the Ford Fusion Hybrid be? What is the car's design like? Is it like any other sedan, or does the Fusion hybrid have more modern, eco-friendly features? How affordable will the new hybrid sedan be? Keep reading to find out. 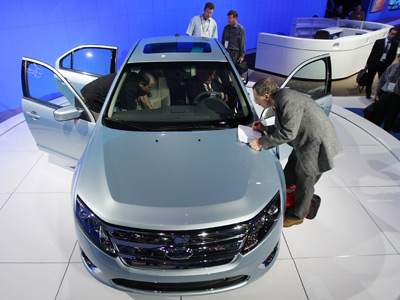 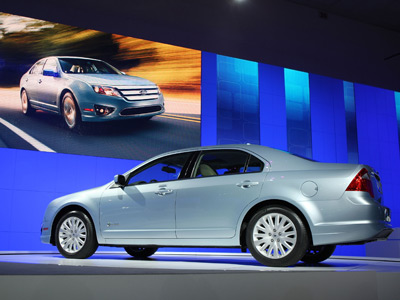 Sweet Sorghum: The Sweetest Fuel You'll Ever Taste!
Will cars ever run on carbon dioxide, or is that marketing hype?
What is the world's cheapest alternative fuel car?