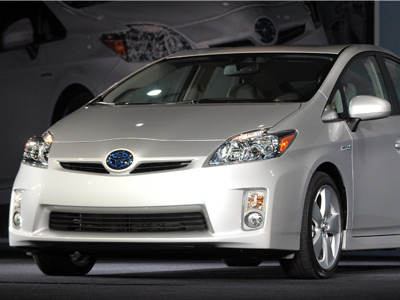 In December 1997, the world's leading nations were meeting in Tokyo, Japan to discuss the Kyoto Protocol. In addition to setting up a specific proposal that would aim to reduce the world's carbon emissions, the Kyoto Protocol was a clear sign that people from all around the world were recognizing energy consumption as an important topic. Even at that point in our history, many drivers had an understanding that the fuel used to power our cars and trucks contributes heavily to global warming, and without a significant change in technology and driving habits, climate change would eventually harm the environment.

Several months before that conference, Toyota introduced a new model to the Japanese market. The car sold reasonably well for a new model -- about 18,000 people bought one -- but it would be a few years before it would become a worldwide success. The vehicle was the Toyota Prius.

If you bring up the topic of hybrid cars during a conversation, it's likely the Prius will be mentioned, too. Unlike many of the cars coming off the assembly line during the auto industry's hard times, the Toyota Prius is a relative success story. The name Prius -- which means "to go before" in Latin -- is nearly synonymous with hybrid car technology and has become somewhat of a household name.

And "going before" seems to be the main focus driving Toyota's agenda in terms of the Prius. While most automakers are still catching up to develop their own gasoline-electric hybrid technologies, Toyota is about to release its third generation of the Prius. And although the U.S. government has mandated an increase in average fuel economy up to 24 miles per gallon for all car manufacturers by the year 2020, the Toyota Prius has been surpassing that milestone for several years.

The Prius also consistently tops consumer satisfaction reports [source: Automotive.com]. So what is it about the Toyota Prius that makes its drivers so enthusiastic? How does its hybrid gasoline-electric engine get the mileage it does, and what sets it apart from other hybrids? Find out on the next page. 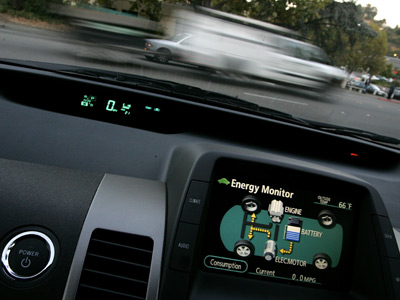 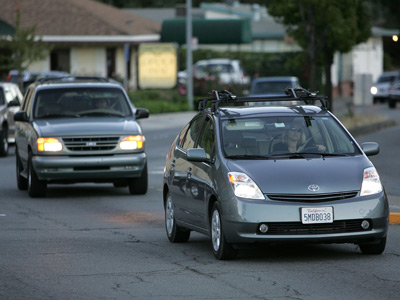