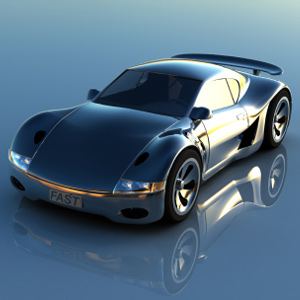 It's unpleasant to think about, but imagine what would happen if you drove your car into a brick wall at­ 65 miles per hour (104.6 kilometers per hour). Metal would twist and tear. Glass would shatter. Airbags would burst forth to protect you. But even with all the advancements in safety we have on our modern automobiles, this would likely be a tough accident to walk away from. A car simply isn't designed to go through a brick wall.

But there is another type of "wall" that cars are designed to move through, and have been for a long time -- the wall of air that pushes against a vehicle at high speeds.

Most of us don't think of air or wind as a wall. At low speeds and on days when it's not very windy outside, it's hard to notice the way air interacts with our vehicles. But at high speeds, and on exceptionally windy days, air resistance (the forces acted upon a moving object by the air -- also defined as drag) has­ a tremendous effect on the way a car accelerates, handles and achieves fuel mileage.

This where the science of aerodynamics comes into play. Aerodynamics is the study of forces and the resulting motion of objects through the air [source: NASA]. For several decades, cars have been designed with aerodynamics in mind, and carmakers have come up with a variety of innovations that make cutting through that "wall" of air easier and less of an impact on daily driving.

­Essentially, having a car designed with airflow in mind means it has less difficulty accelerating and can achieve better fuel economy numbers because the engine doesn't have to work nearly as hard to push the car through the wall of air.

Engineers have developed several ways of doing this. For instance, more rounded designs and shapes on the exterior of the vehicle are crafted to channel air in a way so th­at it flows around the car with the least resistance possible. Some high-performance cars even have parts that move air smoothly across the underside of the car. Many also include a spoiler -- also known as a rear wing -- to keep the air from lifting the car's wheels and making it unstable at high speeds. Although, as you'll read later, most of the spoilers that you see on cars are simply for decoration more than anything else.

In this article, we'll look at the physics of aerodynamics and air resistance, the history of how cars have been designed with these factors in mind and how with the trend toward "greener" cars, aerodynamics is now more important than ever. 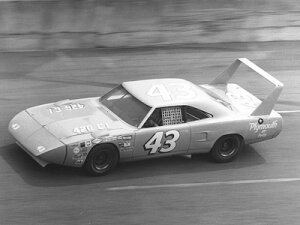