We take it for granted today that cars are intended to be sleek, streamlined and aerodynamic. But that wasn't always the case — think of boxy Model T cars, for instance. More like buggies or trucks, they were downright clunky. But the late 1920s and early 1930s ushered in a new era of car design, and we have the advent of wind tunnel testing to thank for these improvements. In the video above, CarStuff hosts Scott Benjamin and Ben Bowlin take a tour of classic concept cars at Atlanta's High Museum of Art, and explain how wind tunnel testing has streamlined car design for decades.

The idea of aerodynamics began to gain popularity among automotive designers in the early 20th century, as speed became an important factor. The concept had already been applied to early aircraft design with scale-model wind tunnel testing to measure drag coefficients. It was also an idea the Wright brothers — Orville and Wilbur —explored when developing the Wright Flyer, a design that famously took off in 1903.

By the late 1920s, automobile designers realized wind tunnel testing could help determine how to alter automobile bodies, too. The next few decades introduced examples of wind tunnel-tested "dream car," or concept car, designs, including the 1943 Edsel Ford 40 Special Speedster. This design was a radical departure from the boxy car bodies of the time. The Special Speedster dream car introduced sleek lines and was borne of wind tunnel testing that identified the most efficient lines possible.

The 1941 Chrysler Thunderbolt was touted as "The Car of the Future," built to educate the public about aerodynamics and streamlining. It was tested in a wind tunnel, and engineers used the data in scientific studies to examine how the car's shape performed under continuous airflow.

Hailed as "shaped by the wind," the 1955 Chrysler Streamline X — nicknamed "Gilda" — debuted in 1955 and caused a sensation with its experimental body reminiscent of a postwar rocket ship. The Streamline X's design, although futuristic at the time, was probably far more practical than two cars that hit the road in 1970. The Lancia Stratos HF Zero and Ferrari 512S Modulo were the result of an ongoing battle by car manufacturers to design the ultimate wedge-shaped car. And, while these cars cut through the wind with ease, the extreme wedge shape made for poor visibility and terrible ground clearance.

Although these standout streamlined cars were each different, they all tried to outfox the wind. And they played an important role in aerodynamic design, demonstrating that to really fine-tune a car that cuts through air, wind tunnel testing is the way to go. 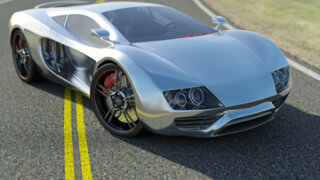 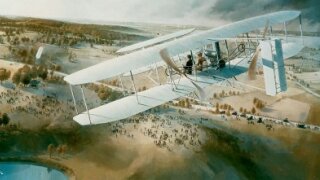