Will buying a hybrid really pay off? 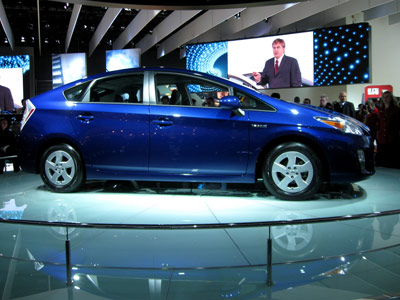 The current state of the environment, gas prices, and dependence on foreign oil are but a few things making headlines these days. They're also driving people to consider making a hybrid car or SUV their next vehicle purchase. However, hybrid vehicles are often more expensive than their non-hybrid counterparts, which has some consumers wondering if buying a hybrid will ever really pay off. The short answer is: It depends on what you buy, where you live and how you drive.

First, let's talk about what a hybrid actually is. A full gas-electric hybrid car has two sources of power -- an internal combustion engine that runs on gasoline and an electric motor that runs on batteries. These models can run on electric power only for several miles at city speeds, usually up to about 40 miles per hour (64 kilometers per hour), before the gasoline engine has to kick in. Examples of full hybrids include the Toyota Prius and the Ford Escape Hybrid.

The cost of hybrids varies widely, depending on the car and the type of hybrid system it uses. For instance, a full hybrid luxury sedan from Lexus is going to cost quite a bit more than the mild hybrid system in the economically minded Honda Insight.

But when, if ever, will gas savings pay off if hybrids have a higher sticker price to begin with? Will the cost of a hybrid cool this nascent green driving craze? Let's take stock of the pluses and minuses to find out if eco-friendly driving is worth the hit to the wallet. 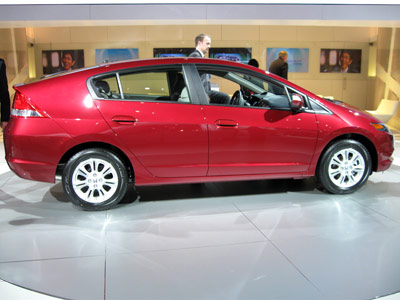 Tax incentives can help offset the cost of buying a hybrid like the Honda Insight shown here.
Kristen Hall-Geisler

Using less gasoline and emitting fewer pollutants is good for the environment, but the technology that makes it possible is pretty expensive. The U.S. government wants to help ease the damage to your pocketbook when you're considering buying a more fuel-efficient vehicle. Federal and state agencies offer incentives (beyond helping the environment) that can help.

The most obvious way to cut that initial cost is through tax incentives. The U.S. federal government offers tax credits of up to about $3,000, depending on the vehicle and date of purchase. The program was designed to spark interest in the new gas-sipping technology, so as the vehicles become more popular, the credits will be phased out.

A number of individual states offer their own incentives in addition to the federal credits. The state of Oregon, for example, offers credits of its own totaling up to $1,500 for certain vehicles. California provides a rebate of up to $5,000 for the purchase of a hybrid. Other states, including Georgia, offer non-monetary incentives like free use of high-occupancy vehicle (HOV) lanes, regardless of the number of passengers in the vehicle.

The fuel economy of hybrid vehicles offers significant savings as well, especially when gasoline prices are high, as they were in the summer of 2008. Some repair issues are also minimized: regenerative braking, for instance, reduces the wear on the brake pads, since the regenerative system slows the car before the pads ever touch the rotors. Rather than replacing a vehicle's brake pads every 10,000 miles (16,093 kilometers), owners can replace them at, say, 50,000-mile (80,467 kilometer)intervals.

All of these incentives, along with all that clean air, are great, but what are the drawbacks to owning a hybrid vehicle? Read on to get the (somewhat) bad news. 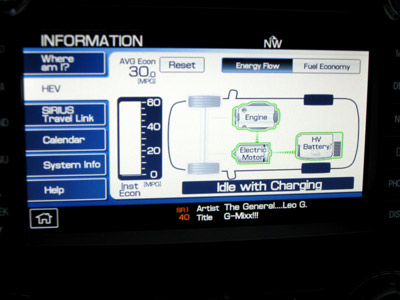 The dashboard of this Ford Escape Hybrid shows how the electric motor works in tandem with the internal combustion engine to save energy and reduce harmful emissions.
Kristen Hall-Geisler

One not-so-nice aspect of buying a hybrid is that initial hybrid premium, which can end up costing you several thousand dollars more than a conventional car. This amount has come down from the premium of the early days of hybrids, but it's still a significant factor when making a decision to buy a car, even with financial incentives.

Another cost to consider is fuel. When gas is cheap, it will take longer to recoup the initial higher purchase price of a hybrid. When gas is expensive, the premium is recovered more quickly, but everyone will still feel pain at the pump, no matter what their drivetrain might be.

A common misconception is that the batteries will have to be replaced eventually -- and when they do, they will be prohibitively expensive. Well, the expensive part is correct. The high-tech batteries used in hybrid vehicles, whether they're old standby nickel-metal hydride (NiMH) or cutting-edge lithium-ion, are quite pricey. That said, car makers have tested their batteries in labs and on the streets to make sure the consumer gets his or her money's worth. Battery packs have lasted nearly 200,000 miles (321,869 kilometers) in some of the original Honda Insights, and Ford guarantees their batteries for up to 10 years or 150,000 miles (241,402 kilometers) -- though their test vehicles have never required a battery change.

Let's take a look at some examples to show how this all works out in the real world.

Let's say we're going to buy a brand-new Honda Civic in 2009. This particular car has a conventional version and a hybrid version, and we're interested in reducing our carbon footprint, but our money tree is not yet producing as much fruit as we'd like. Can we afford to go green?

Keep in mind that some hybrid vehicles are cheaper, have a smaller premium or are eligible for more incentives. Then again, some hybrids are far more expensive and might never recoup the initial premium, but they will lessen the impact on the environment.

Individual drivers can also play a role in the cost of the premium: In real life, drivers can squeeze out much higher mileage from their vehicles by driving carefully and taking full advantage of the electric motor in a full hybrid. Some buyers are purchasing hybrid cars now as a hedge against the rise of gasoline prices in the future, a move that works best if they plan to keep the cars for at least five years.

Hybrids are now hitting the market at all price points, including a few under $20,000. At the end of the day, though, most buyers will find the car they want to drive at a price they can afford.

For more information on hybrid cars, take a look at the links on the next page.