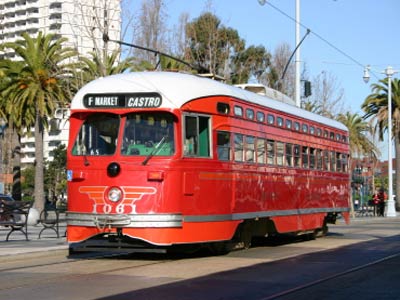 Trolley cars were among the first vehicles to use regenerative braking technology. Check out our brake pictures.
­©­iStockphoto/Lisa Anderson

Every time you step on your car's brakes, you're wasting energy. Physics tells us that energy can not be destroyed. So when your car slows down, the kinetic energy that was propelling it forward has to go somewhere. Most of it simply dissipates as heat and becomes useless. That energy, which could have been used to do work, is essentially wasted.

Is there anything that you, the driver, can do to stop wasting this energy? Not really. In most cars it's the inevitable byproduct of braking and there's no way you can drive a car without occasionally hitting the brakes. But automotive engineers have given this problem a lot of thought and have come up with a kind of braking system that can recapture much of the car's kinetic energy and convert it into electricity, so that it can be used to recharge the car's batteries. This system is called regenerative braking.

At present, these kinds of brakes are primarily found in hybrid vehicles like the Toyota Prius, and in fully electric cars, like the Tesla Roadster. In vehicles like these, keeping the battery charged is of considerable importance. However, the technology was first used in trolley cars and has subsequently found its way into such unlikely places as electric bicycles and even Formula One race cars.

­In a tr­aditional braking system, brake pads produce friction with the brake rotors to slow or stop the vehicle. Additional friction is produced between the slowed wheels and the surface of the road. This friction is what turns the car's kinetic energy into heat. With regenerative brakes, on the other hand, the system that drives the vehicle does the majority of the braking. When the driver steps on the brake pedal of an electric or hybrid vehicle, these types of brakes put the vehicle's electric motor into reverse mode, causing it to run backwards, thus slowing the car's wheels. While running backwards, the motor also acts as an electric generator, producing electricity that's then fed into the vehicle's batteries. These types of brakes work better at certain speeds than at others. In fact, they're most effective in stop-and-go driving situations. However, hybrids and fully electric cars also have friction brakes, as a kind of back-up system in situations where regenerative braking simply won't supply enough stopping power. In these instances, it’s important for drivers to be aware of the fact that the brake pedal might respond differently to pressure. The pedal will sometimes depress farther towards the floor than it normally does and this sensation can cause momentary panic in drivers. 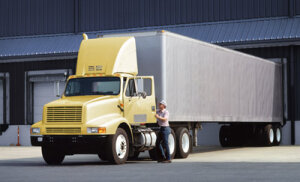 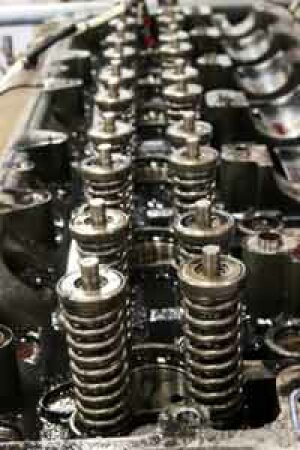