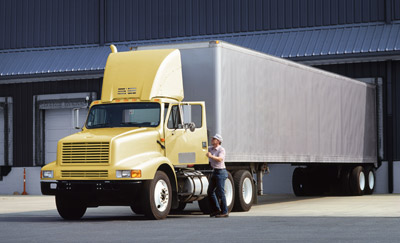 Image Gallery: Brakes Think you could move one of these bad boys in a pinch? See more brake pictures.
Greg Pease/Getty Images

Imagine it's your first week on the job as a dockhand at a rundown trucking company. Everyone is running around trying to finish loading the last pallet of cargo on the back of a huge tractor-trailer truck bound for the opposite coast. Suddenly, one of the foremen tells you to move one of the trucks out of the way so another driver can back up to the loading dock. Assuming you know how to drive such a vehicle, the foreman keeps going, but you pause -- because you don't.

Trying to please the higher-ups and to ignore the fact that you don't have a truck driver's license, you hop into the cab, close the door and turn the key. Before the diesel engine cranks, you’re startled by a mind-numbing buzzer and flashing light on the dashboard. You fire the engine, but the buzzer and light keep grabbing your attention.

You’ve driven a stick shift before, so you think you have it covered. Despite the sensory overload, you push in the clutch, grab what you think is the low gear and ease out the clutch. Instead of lurching forward as you expect, you’re greeted with a violent bang, the engine dies and you’re almost thrown through the windshield.

You restart the engine, figuring you put the truck in the wrong gear, and select what you think is the right one. Still, the buzzer and light cause havoc inside the cab. Maybe the emergency brake is still on. You don’t see any brake handle or lever that you would normally see in a car, so you decide to just let the clutch out and give it another shot.

Much to your embarrassment, the same thing happens. Out of the corner of your eye you see that same foreman hollering at you from the loading dock. Frustrated, you jump out of the cab and throw up your hands in bewilderment, as the scowling supervisor jogs toward you.

Welcome to the world of air brakes. In this article, you’ll learn how air brakes and their components work, how to maintain an air-brake system and why you couldn’t move that truck. Next, let's see how George Westinghouse got you into this situation. 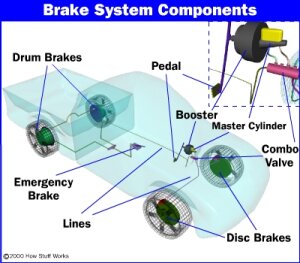 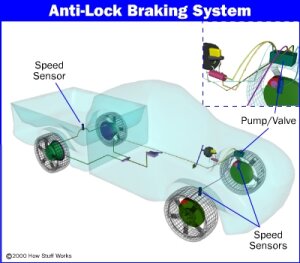 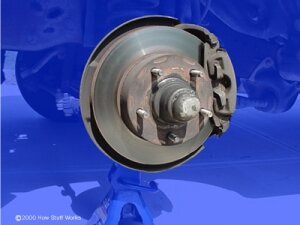