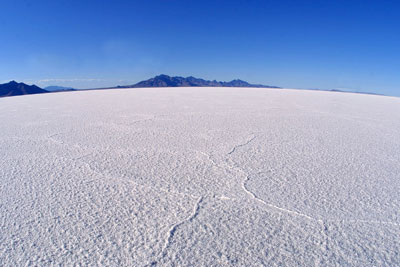 On July 4, 2006, Bobby Cleveland, a resident of Locust Grove, Ga., followed a long-standing tradition of setting a land-speed record at the famed Bonneville Salt Flats in northwest Utah. This uncanny, windswept landscape is the bed of an extinct salt lake that once rivaled Lake Michigan in size [source: Hallaran]. The lake became desiccated -- the water evaporated, leaving behind hard-packed salt deposits. What remains is a vast, white and very flat 30,000-acre plain.

While it was originally surveyed during an expedition in 1827, it wasn't until 1914 that the flats played host to the first test of mechanized speed. Daredevil Teddy Tezlaff set the first unofficial record at the flats with a speed of 141.73 miles per hour, a whopping speed for a car in the second decade of the 20th century [source: Utah Travel]. Over the years, even faster land-speed records have been set. In 2006, the land-speed record for a diesel engine was set at Bonneville by British pilot Andy Green. He clocked in at 328.767 miles per hour, breaking the previous record by more than 100 miles per hour [source: AP].

­The s­alt flats h­ave also played host to some less conventional machines, Bobby Cleveland notwithstanding. When Cleveland set the land-speed record in July 2006, it was for a riding lawn mower. He pushed his Snapper mower to an amazing 80.75 miles per hour [source: Fast Machines].

Cleveland's not alone; the Bonneville Salt Flats are becoming a site where people aren't just breaking speed records, but conventions as well. Perceptions about global climate have transitioned from concern to action. As a result, engineers from universities and start-up companies alike are using Bonneville as a proving ground for high-speed machines that run on alternative fuels. And based on the records being set, it looks like we won't have to trade speed for low-carbon emissions in the future.

So how will we achieve our need for speed in the future? Even more important, what will power the cars that'll get us where we're going? On the next page, look under the hoods of some future racecars that are being designed today. 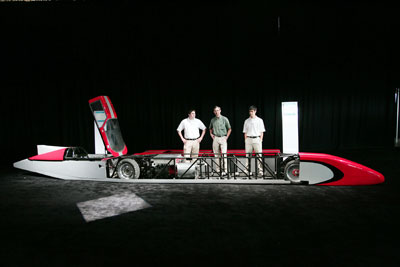