The 1965 Triumph T120 Bonneville motorcycle came along at a time when America's hunger for horsepower in everything motorized was insatiable.

As a result, Triumph felt the need to supplant its Tiger 110 with a more powerful model. And since Triumph had purebred racing machines streaking across the salt flats of Utah at 150 mph, it was decided to name the new bike after this famous bastion of speed.

The Bonneville would be legendary Triumph designer Edward Turner's last Triumph, and arguably his best.

Introduced in 1959, the Bonneville was powered by Triumph's famous 650-cc twin, but it now inhaled through a pair of Amal carburetors rather than just a single carb.

While smaller Triumph singles and twins had featured unit construction (engine and transmission in one case) for some time, the 650s had always had them as separate entities, and early Bonnevilles continued this trend. They could easily top the magical 100-mph mark, that imaginary dividing line that separated the men from the boys.

As might be expected, the "Bonny" received very favorable reviews and grew into one of Triumph's most popular models.

The 650s were converted to unit construction in 1963, which resulted in a more compact design; otherwise, this 1965 Bonneville was little changed from the early versions.

Today, however, "pre-unit" Triumphs are highly coveted and much sought-after on the collector market.

Go to the next page to see more pictures of the 1965 Triumph T120 Bonneville motorcycle.

Except for its unit construction, the 1965 Triumph T120 Bonneville motorcyle was little changed from earlier Bonneville models. "Bonny" received excellent reviews and was one of Triumphs most popular models.

Saddle bags became a popular accessory in the 1960s.
The speedometer reads to an optimistic 120 mph, though the Bonneville could top the 100-mph mark.
Triumph's eggcrate badges and rubber knee pads marked the Bonny's tank. 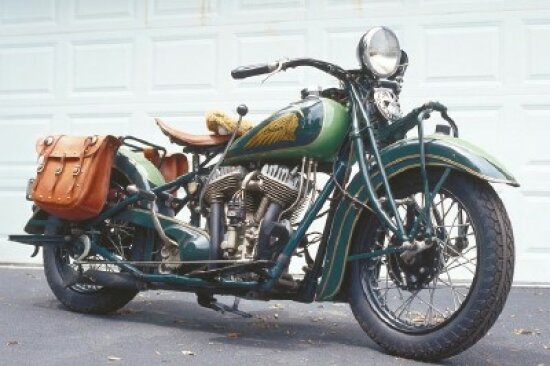 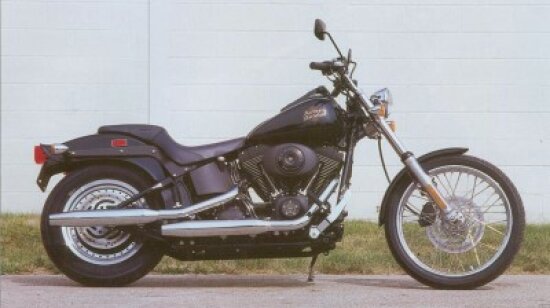 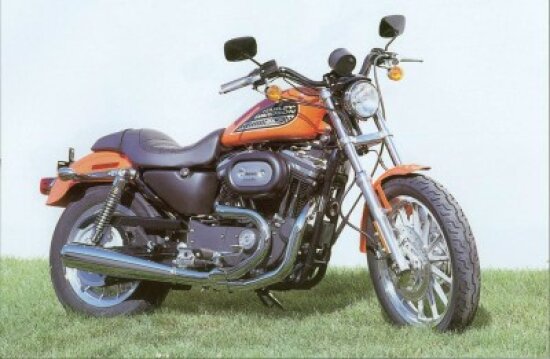