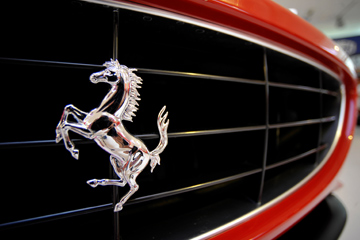 The Ferrari prancing horse logo is seen on the radiator of a California model on display at the Ferrari factory in Fiorano, near Modena, Italy. See pictures of exotic cars.
AP Photo/Marco Vasini

In just about any discussion of high-end sports cars, you can pretty much count on the mention of one manufacturer in particular: Ferrari.

It's also synonymous with high cost. All that go-fast goodness, and the aura that comes with it, will cost you. A brand new Ferrari California would set you back around $192,000 as of mid 2010. One reason is that they don't come streaming off the assembly line every few minutes like the typical Toyota or Ford models do. Despite modern manufacturing and efficiency practices, Ferraris aren't made exactly like mass-market vehicles.

This article will answer the question, "How long does it take to build a Ferrari?" And in the process, it will shed some light on a few of the reasons why one of the most desirable automobile brands in the world is also among the priciest.

Learn about the place where Ferraris are born on the next page.

Inside the Ferrari Factory 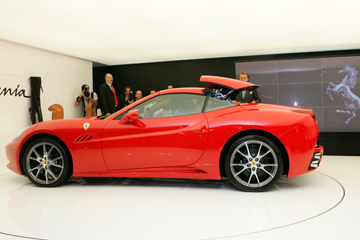 The Ferrari California was unveiled during the first press day of the Paris Auto Show in 2008.
AP Photo/Francois Mori

So you've plunked down payment for your Ferrari, or at least fantasized about doing so, and you want your new car right now. But patience, eager buyer, for the first thing you should know is that Ferrari construction is never rushed. For proof of this, let's take a brief virtual visit to the Ferrari factory in Maranello, Italy.

The Ferrari campus is a tribute to green workspace design. Thanks to a redesign in 1997 by French architect Jean Nouvel, the factory is bathed in natural light and gives off a modernistic vibe with its abundance of reflective surfaces and indoor greenery. Natural light streams in from skylights as part of an overarching strategy to keep workers happy and therefore focused on making the best product [source: Automobile].

The factory even has its own foundry -- a facility where molten metal is cast into pieces that eventually become engine parts. Such control allows Ferrari to tightly monitor quality and track with great precision when and where every piece was made. That's a huge advantage if there's ever a problem detected with a car after delivery.

While casting engine parts from molten metal once required lengthy apprenticeships on the part of workers, nowadays it takes only about a week's training. A machine handles the exacting task of pouring precise amounts into a cast. However, Ferrari workers are still craftsman, since the finishing of the engine parts is a task completed by hand.

Of course the engine is the heart of a Ferrari, but the car has many stations to go through in its journey to becoming a saleable vehicle.

To read about how Ferrari's workers put it all together, go to the next page. 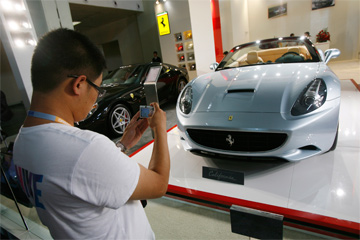 A man takes photos of a Ferrari California at an auto exhibition in Beijing, China, in 2009. The five-day exhibition showcased imported cars, many of them high-priced luxury models.
AP Photo/Greg Baker

Part of the Ferrari mystique has to do with the brand's reputation for hand-crafted workmanship and attention to detail by tradesmen and women, not robots.

But actually, robots do have a role in the Ferrari-building process. You can find them in the engine shop, where they do most of the work in order to boost both productivity and quality. And you'll find robots in the almost completely mechanized paint shop, too. There, body shells receive an anti-corrosive treatment before being ministered to with automatic priming, painting and baking procedures.

A few buildings away, workers (wearing Ferrari red, of course) put together the various components by hand. Working in an assembly line style reminiscent of many factories, these employees install fully assembled drivetrains, seats, dashboards, convertible tops and other sub-assemblies [source: Yap].

At typical car and truck factories, when business is good it's common to have two or even three shifts working in order to keep pace with demand. At Ferrari, however, there's only one shift, 8 a.m. to 5 p.m. And at 5 o'clock, there's no mad scramble to escape the building. Employees casually stroll out, apparently in no rush to leave the place that frequently lands on Europe's "best places to work" lists.

The car is almost complete. Find out the finishing touches and how long the entire process takes from beginning to end, on the next page. 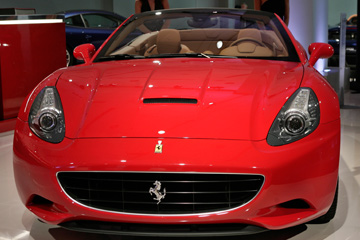 For more information about Ferrari, follow the links on the next page.