by Cherise Threewitt Aug 15, 2018
A gas gauge sitting on empty is something nobody wants to see, especially late at night on a dark highway, but does your car hate it even more than you do? Don Farrall/Getty Images

Experts say you should keep your gas tank at least a quarter full at all times. Obviously, doing so will keep you from getting in a dangerous situation where you're low on gas and too far from a gas station to fill up, but there are other, less obvious reasons to keep a little gas in your tank. Driving on an empty tank, or even one that's getting close to the dregs in the bottom, can cause damage to your car in a number of ways.

You won't get very far driving on empty, but in the moments before you do stall out, your car's catalytic converter, which is part of the exhaust system, can be damaged.

You could also get debris stuck in your fuel pump by running your tank too low. That's because any tiny particles that find their way into the gas tank settle at the bottom, and they tend to stay there until your car is trying to grab every last bit of fuel it can. When the fuel pump sucks up the last of your gas, any debris in your tank will go along with it, and the particles can get stuck in your pump or in your fuel filter.

In early model cars (from the 1980s and older), the gas tanks are usually made of metal and as they deteriorate, harmful deposits can build up in the bottom. Newer cars have plastic fuel tanks, so sediment usually makes its way inside the tanks from contaminated fuel.

But getting nasty sediments stuck in your fuel pump isn't the only way that you could be damaging it. In some cars, the fuel pump is located in the gas tank, and the gas acts like insulation and lubricant as it flows around the pump. If you're constantly running your gas tank dry, the fuel pump could be overheating, which will cause it to wear out prematurely.

So, how far can you go when the gas gauge hits E? Well, that depends on your car. Different vehicles have the gas light configured in different ways, though most cars will illuminate the light when there are about 2 or 3 gallons (7.5 to 11 liters) left. Some bigger vehicles, like trucks and SUVs, light up the empty indicator when there are about 4 gallons (15 liters), or about 1/16th of a tank, left. How far those amounts can get you is another variable that depends on your car's efficiency, your driving style and whether you're in the city, on the highway or stuck in a traffic jam.

Some newer cars have a display in the instrument cluster that keeps a running tally of your range, or how many miles you can drive on your current tank of gas. These displays are pretty accurate, but again, they are just estimates. Changing road conditions or any number of other factors can affect the accuracy of this gauge, which could leave you stranded if you're really cutting it close.

Now that you know that driving on empty is actually bad for your car, it should be easier to break the habit. That said, if you find yourself in a situation where you're running low, you won't ruin your car if it's only the first or second time it happens. Just get into the practice of filling up whenever your fuel gauge reaches the quarter mark, and you'll be fine.

Now that's Interesting
If you are driving along, having ignored or missed your low fuel light, and your car starts to sputter, there are several things you should do immediately. Turn off the air conditioning — it will reduce engine stress, saving precious fuel. Turn off the stereo and unplug all devices. Roll the windows up to reduce drag and drive as slowly as you can until you reach a gas station.

The Lowdown on High Heels: Men Wore Them First

Can an Automaker Forbid You From Reselling Your Car? 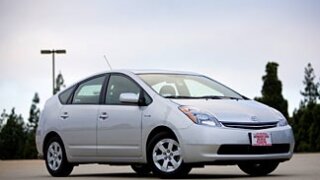 How have automakers improved fuel efficiency? 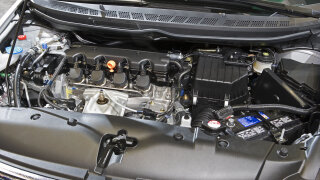 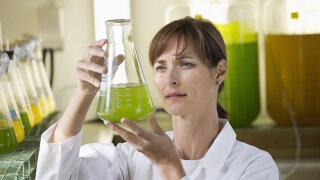 From Ancient Greece to 'Tiger King': The Hilarious History of the Mullet
April 2, 2020

Use the 'Sterile Technique' to Safely Unpack Your Groceries
April 1, 2020