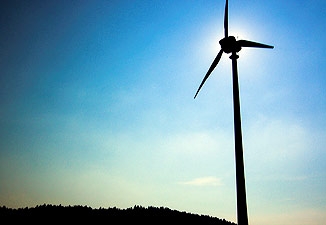 Biofuels -- the word seems magical. It brings to mind singing birds, clear blue skies and global happiness. Somehow, we can turn plants and other organic material into something to power our cars and save the planet at the same time.

But it's not magic at all. In this article we're going to discuss what biofuels are, what they are not, and how they're harnessed from biomass (that is, organic material from plants and animals). We'll also talk about the promises and tradeoffs of the major types of biofuels.

First of all, what are biofuels? According to the U.S. Department of Energy (DOE), they are renewable solid, gas or liquid fuels developed from plants and organic material that can be processed to produced fuel to power our cars and SUVs, heat our living spaces or operate machinery. Renewable in this sense means we get the resources to make the fuel from something that we can replenish easily in a reasonably short period of time -- like plants. While oil and natural gas also come from plants, these aren’t renewable because it would take millions of years to refresh our supply of these fossil fuels.

For decades, homeowners have had the option of using solid fuel like wood or corn pellets -- though lately, it has become more popular way to help offset the wild swings in fuel oil prices. For transportation purposes, by far the most common biofuels in use today are ethanol (a form of alcohol produced from starch or sugar) and biodiesel (a fuel based on oil, fats or greases).

Sure, alternative fuels can be very useful, but how do they actually convert biomass into something usable?

Ethanol, sometimes known as grain alcohol, is made by fermenting plant materials. Traditionally, this has meant fermenting the consumable part of the crops, especially from corn or sugar cane.

A big downside of this is that it encroaches on the food supply of people and livestock. New research focuses instead on using cellulosic biomass, which consists of the non-food parts of plants like corn stalks]. The process involves turning the plant material into glucose, which can then be fermented like any other sugar, producing ethanol. Lignin, a byproduct of the process, is burned to provide energy to help complete the process.

Unlike ethanol, biodiesel has only taken off in the United States since around 2005. The science behind it is also much newer and a bit more complex. Most methods of producing biodiesel in the U.S. start with soybean oil or used vegetable oil, though other oils and even algae can be used, too.

According to the National Sustainable Agricultural Information Service, the oil is combined with an alcohol, usually methanol or even ethanol. A catalyst like potassium hydroxide or sodium hydroxide (lye) is used to begin the process called transesterification, which produces the biodiesel, with glycerol created as a byproduct.

Like ethanol, biodiesel is usually combined with petroleum-based fuel, allowing use by all diesel vehicles. The most common mix is called B20, reflecting a 20 percent biodiesel and 80 percent petroleum diesel mix. Modified vehicles can use B100, or 100 percent biodiesel, to power them down the road.

Ethanol and biodiesel are two fuels that get a lot of the glory, but there's a lot more to the biofuels picture. In the next section, we'll explore some other biofuel options.

Want to say goodbye to the gas station? Join the growing legion of people making biodiesel at home from used vegetable oil. You'll need methanol, a strong catalyst (lye works) and lots of safety precautions. The supplies are readily available. Literature abounds on the process, so read up, buy your supplies, be careful and prepare to declare your fuel independence.

Other Types of Biofuels

Biofuels aren't limited to our cars and trucks. In this section we'll take a look at some new ways biofuels are coming into our lives.

People have been gathering around wood fires since the dawn of time. Wood is easy to work with, easy to burn and easy to replace (with proper resource management, anyway). What's different today is the development of a wide range of pellets to feed wood-burning stoves. These stoves are getting much more efficient at burning the stuff, too. The U.S. Department of Energy reports that a 42,000-Btu pellet stove can heat a 1,300-square-foot house -- these units even produce less pollution and have lower maintenance requirements. While wood pellets made from compacted sawdust are the most common, some stoves can also use fuel made from corn, waste paper, nutshells and even dried cherry pits.

A somewhat less celebrated technology takes solid waste like manure from livestock or municipal waste and captures the gases emitted as part of the natural anaerobic decomposition process. This biogas contains high levels of methane, which can be used as a fuel. A briefing by the nonprofit Environmental and Energy Study Institute in 2010 reported that 151 anaerobic digesters (plants which capture the biogas from decomposition) were in operation in the United States, all of which used animal waste as the base material.

While many waste treatment plants traditionally burn off the biogas, it's becoming increasingly recognized as another potential piece in the energy puzzle as we strive to find a more permanent energy solution.

Many of the technologies currently in development to support biofuel implementation are well under way, but can they really help the environment and provide a realistic solution to our energy needs? How is it going to help us? We'll take a look at that in the final section.

There's a high bar for energy solutions today: They've got to be more efficient and save the planet. Can biofuels really save the day? As you might expect, there's no simple answer, and ultimately, they are but one piece in a much bigger energy puzzle.

Environmentally speaking, utilizing biofuels doesn’t add to the carbon dioxide in the atmosphere or add to global warming. Plants absorb carbon as they grow and release it when they're converted to energy. Likewise, animals consume plants, which they convert to fats and wastes (among other things), so the carbon from the plants is again released when these products are converted to energy.

Carbon has been locked inside coal and other fossil fuels for millions of years, and it stays there until we pull it out of the ground to burn. While the carbon inside these fuels once filled the air, it wasn’t part of the current annual cycle of the atmosphere.

From a political standpoint, using resources available in one’s own country means less dependence on foreign resources like crude oil. Filling some of the need for this energy with renewable biofuels at home could go a long way toward reducing international tension.

Biofuels are also beneficial to the economy in that the domestic nature of the resources necessary to harness them lies within local agricultural and forest regions.

To date, no single fuel source -- biofuel, fossil fuel, wind, solar or nuclear -- is capable of providing the answer to all our energy needs. However, improvements in technology are rapidly making it easier to harness biofuels and enable their development to contribute to a brighter future.