What are the environmental benefits of biofuels? 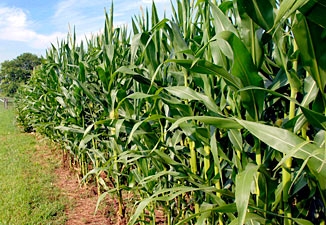 Biofuels are renewable and sustainable. Check out these alternative fuel vehicle pictures to learn more about biofuel.
iStockphoto/Thinkstock

There's no question -- relying on coal and oil for power is a dirty game. Both fuels release greenhouse gases when burned. Both require extensive and sometimes dangerous collection methods. And both are nonrenewable in the sense that it would take millions of years to generate more once we've exhausted our current supply.

Several countries around the world are attempting to offset their dependence upon oil and coal by supplementing it with biofuels. A biofuel is a fuel created by processing an organic compound into a usable energy source. Two common biofuels are ethanol and biodiesel.

Biofuels are renewable and sustainable. That means that farmers can dedicate land to growing energy crops -- plants that will one day be used to create fuel. Potential crops include corn, soy, rapeseed and switchgrass. Some of these plants, such as switchgrass, can grow in conditions unsuitable for other crops.

Biofuels burn cleaner than fossil fuels. They don't produce sulfur or aromatics, so there's no unpleasant smell associated with burning biofuels. They still release greenhouse gases like carbon dioxide but do so at reduced levels. According to a report by the National Renewable Energy Laboratory (NREL), biodiesel produce 78.5 percent fewer carbon dioxide emissions than petroleum diesel. In addition, biofuels act as carbon sinks while they grow -- they capture carbon. When you factor both the reduced emissions and the carbon capture factor, biofuels come out on top.

Another benefit to biofuels is the reduced danger of an environmental disaster. In 2010, an underwater oil well burst in the Gulf of Mexico. It released millions of gallons of oil, causing an unknown amount of damage in the process. Biofuels are safer -- a field of corn isn't going to poison the ocean.

So why don't we switch to biofuels now? It would require a fundamental shift in farming. Energy consumption is at an all-time high. To meet demand, we would have to devote more land to growing energy crops than we have available. At best, we can only supplement our current need for energy using biofuels.

In addition, extensive use of chemical fertilizer to grow energy crops could create nitrate-rich runoff that could encourage algae to bloom and choke out other water-borne species. Mining phosphorus for fertilizer can be hazardous to the environment, too -- the process leaves behind radioactive material.

While reducing our use of fossil fuels would help the environment, we would need to either reduce our energy consumption or invest in other forms of renewable energy to stop using them completely.