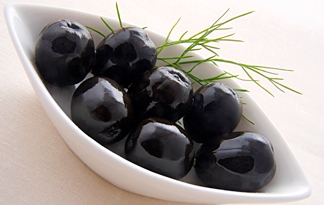 So olive pits certainly don’t make much of a meal, but could they have other uses? Want to learn more? Check out these Alternative Fuel Vehicle Pictures.
DCI

In April 2008, U.S. Congressman Dennis Kucinich picked up a sandwich wrap in the Capitol Hill cafeteria and sat down to lunch. Kucinich’s meal soon took an unappetizing turn, however, after he chomped down on an olive pit hiding in his meal and split his tooth open.

Things went downhill from there. Kucinich’s tooth became infected and required extensive dental work, prompting the Ohio congressman to file a $150,000 lawsuit against the companies he felt were responsible for letting the offending olive pit slip into his wrap. He eventually settled for an undisclosed amount.

So olive pits certainly don’t make much of a meal, but could they have other uses? After all, the world produces an astonishing amount of olives -- 21.2 million tons, or 19.3 million metric tons, says the Food and Agriculture Organization of the United Nations. It would be a bummer for all those pits to just sit in a landfill.

Fortunately, people are constantly finding new and exciting uses for olive pits once considered trash. For instance, an enterprising doctoral student from the University of Granada showed that olive pits and other waste collected from the fruit's production can be used to eliminate toxic heavy metals from industrial waste. Another study from the University of Sciences and Technology Houari Boumediene showed that the pits could facilitate denitrification, a process frequently used as part of wastewater treatment. And perhaps most importantly, olive pits might join foods like corn and sugarcane as a renewable energy source.

Food-based fuel is already an important part of the world’s energy supply. In the United States in 2007, for instance, one-third of the country’s 92.9 million acres (375,952 square kilometers) of corn went to ethanol production, according to a 2011 article in the journal Nature. Brazil has become energy independent in large part because of the country’s ability to use sugarcane for car fuel. These crops have a problem though: When they serve as fuel, they can’t serve as food, too. Fortunately, scientists are developing biofuels made of inedible plant parts, and as congressman Kucinich would agree, olive pits are certainly inedible. But can they be used as biofuel? If you’re burning to know, read on.

Olive Power: Energy of the Future?

We know olive pits are more than just trash, but it might surprise you to know that they can generate energy in multiple ways. The first method won’t shock anyone who keeps a pile of seasoned wood ready for the fireplace: combustion. Olive pits don’t just burn; they burn well. In fact, pound for pound, olive pits produce more energy through combustion than hardwood, according to the not-for-profit engineering organization ASME.

Sure, you could probably just toss your olive pits in a roaring fire to generate a little heat, but the smarter way to burn them is in a stove designed for the purpose. Magnum's Countryside stove, for instance, can handle olive pits and practically any other type of biomass (shelled corn, cherry pits or wood pellets, to name a few) that you can throw at it. But don’t think olive pits can only be burned on a small scale. Large olive processing companies are warming up to the idea as well.

Musco Family Olive Co., for instance, generates about half of the electricity needed for the company’s olive processing plant to run simply by burning the olive pits that it once paid to ship to the landfill. And since the company is the United States' largest olive processor, that's a lot of olive pits: 13 billion, to be exact. The potential to turn olive pits into electricity is even higher in Spain, the world's largest producer of olives. Already, a company named Calordom is using combustion to power hundreds of buildings throughout Madrid, and although some people have concerns about pollution generated from the process, the effectiveness of burning olive pits for energy is hard to debate. But thanks to the chemical composition of olive pits, combustion isn’t the only way to coax fuel out of an olive pit.

When researchers from the previously mentioned University of Sciences and Technology Houari Boumediene broke olive pits into their components for their denitrification study, they found that the pits are mostly made of cellulose and hemicelluloses (less complex polysaccharides found in plants), while about 15 to 23 percent of olive pits are composed of lignin (a polymer that's related to cellulose). That composition happens to be the same makeup of what are known as cellulosic biomasses, things like sawdust, corn husks and paper products. Cellulosic biomass is harder to turn into ethanol than sugarcane or corn since the sugars are trickier to extract, but researchers are finding a way.

A team from Universities of Granada and Jaen discovered that by putting olive pits into a pressure cooker along with certain enzymes, they were able to remove sugars from the pits. From there, the team fermented the sugars to produce about 12.6 pounds (5.7 kilograms) of ethanol for every 220 pounds (100 kilograms) of olive pits they put in. Who knows how much more efficient the process could get? So while olive pits may not single-handedly solve the world’s energy woes, they could pitch in, proving the saying "one man's trash is another man’s biofuel" right once again.