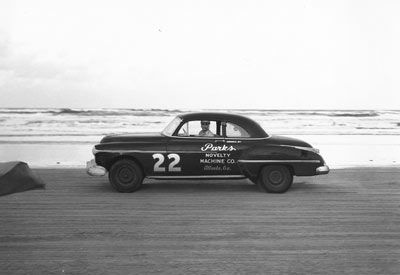 Imagine taking your family sedan down to the local dirt track to race against other drivers from your neighborhood. Now imagine the spectacle inspired by such a situation. With few rules, regulations and safety requirements, and with driver skill varying tremendously, the race wouldn't be a highly competitive sport, but a wild and woolly dash to the finish line.

That's what stock-car racing was like back in 1949, when the first Strictly Stock race was held in Charlotte, N.C. But stock-car racing -- and its sanctioning body, NASCAR -- has changed considerably since those early days. Today, NASCAR is highly organized and regulated, with cars and drivers that bear little resemblance to anything you'd find on a backcountry road or an interstate highway. The appeal of NASCAR has also grown considerably over the years, so much so that it is now the most popular spectator sport in the United States. If you're surprised by that assertion, consider these facts:

Why is the sport so popular? Because it brings together a unique combination of elements that Americans can't resist: fast cars; thrills and danger; personable, likable drivers; and numerous tracks within easy reach. This article will examine all of these elements and more to help you understand how NASCAR works, especially from an organizational and procedural point of view. To learn more about specific drivers or tracks or results from a specific year, check out our article on NASCAR in the entertainment channel. You will also want to read How NASCAR Race Cars Work and How NASCAR Safety Works, which cover those particular aspects of the sport.