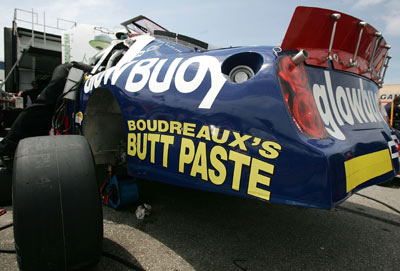 NASCAR vehicles are plastered with sponsor logos -- even ones for diaper rash ointment.
Jonathan Daniel/Getty Images

One of the reasons Bill France Sr. founded NASCAR was to bring a sense of order to a sport that had none in the early years. One of his goals was to draw bigger crowds to the races and to increase the amount of money available to pay drivers and promote future races. Sponsorships quickly became a lucrative way for NASCAR to pay the bills.

NASCAR racing is more sponsor-oriented than any other sport in the world -- and for good reason. NASCAR fans are extremely brand-loyal. According to RaceStat, a syndicated NASCAR research project, 71 percent of the NASCAR audience reported that they "almost always" or "frequently" choose a product involved in NASCAR over one that is not, simply because of the sponsorship. As you can imagine, this has companies clamoring for a piece of the action.

Let's look at the major types of sponsors available in NASCAR:

Making and selling NASCAR-branded merchandise is another important way for the sport to make money. But a company, large or small, can't simply slap the NASCAR logo on its products and start selling them. The company must obtain a license -- for a fee -- to sell merchandise bearing the NASCAR name or the names of its drivers. Once it makes this investment, however, a company can tap into a very lucrative market. Each year, fans purchase more than $2 billion in NASCAR-licensed merchandise, from T-shirts and caps to watches and jewelry.