by Cherise Threewitt Feb 15, 2019
In 2002, a crew member helps Marlboro Team Penske driver Helio Castroneves put on his HANS device before the start of a practice session for the 86th running of the Indianapolis 500. Robert Laberge/ Getty Images

In the early days of car racing, even a minor car accident could be fatal. For instance, Patrick Jacquemart was killed at Mid-Ohio in 1981 after a head-on collision with a dirt bank. His car was left relatively unscathed, but Jacquemart ended up with a skull fracture that caused severe brain damage. Lucky for other racers, two of Jacquemart's friends stepped in and created a safety device that changed the sport of car racing forever.

Those friends were Jim Downing and Jacquemart's brother-in-law Dr. Bob Hubbard. The two decided to combine Downing's knowledge of racing and Hubbard's expertise in engineering and skull anatomy to develop new safety gear to try to prevent deaths like Jacquemart's from happening again. The simple and effective invention they created became known as the HANS device, short for "head and neck support."

Car and Driver explains the HANS device like a car airbag. But instead of inflating a cushion to stop the driver in the case of a collision, the HANS device uses a raised collar and two tethers to secure the driver's head. In other words, it's a shoulder collar that attaches to both the car seat's safety harnesses and the driver's helmet. In the event of a crash, it keeps the racer's head and neck properly aligned with the torso, preventing the type of excess force that would otherwise result in serious or fatal neck and head injuries.

But it took years for the HANS device to become a financial success, and unfortunately it took the death of a high-profile racer for NASCAR to take notice. It wasn't until Dale Earnhardt Sr. was killed in 2001 in a crash similar to Jacquemart's at the Daytona International Speedway for the racing community, including NASCAR, to take the HANS device seriously. Now, most racing organizations require the use of a HANS device for all drivers.

What the HANS device is designed to prevent are basilar skull fractures (like the type of injury that killed Earnhardt Sr.). Those injuries are caused when a car suddenly decelerates. In Earnhardt's fatal crash at Daytona, for instance, NASCAR determined he hit the wall at 160 mph (257 kph) and immediately slowed by 42 to 44 mph (67 to 70 kph) in just 80 milliseconds. This sudden deceleration is known as the Delta v (literally "change in velocity").

While it's difficult to provide exact statistics on how many lives have been saved by the HANS device, we do know this: NASCAR — where certified HANS are mandatory — did not have one driver fatality in the 10 years after Earnhardt's death because of its emphasis on safety, though there were 126 deaths from crashes on drag strips and short tracks where HANS devices are not required. And HANS estimates that of those 126 deaths, as many as 27 percent — or 34 driver deaths — could have been prevented by the using the certified HANS device. And no driver in an Indy car or in any of NASCAR's major series has been killed by a basilar skull fracture since it required the use of the HANS device.

Now That's Interesting
On Feb. 5, 2019, the motorsports community mourned the death of Dr. Bob Hubbard, the inventor of the HANS safety device. Hubbard was 75 years old. As the co-inventor of the HANS device, he made a massive impact on racing safety, but he also helped shape vehicle safety in general. According to Jalopnik, he had also worked on vehicle safety for General Motors and was a professor of materials science and mechanics at Michigan State University until his retirement in 2006.

Salvador Dalí Is Dead, But Not Entirely

We Need to Stop Believing These Five Tech Myths 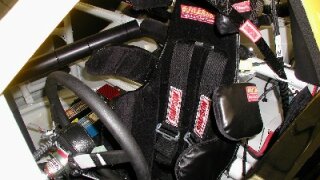 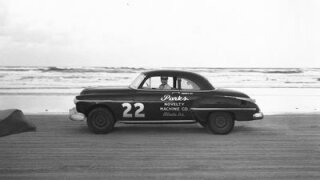 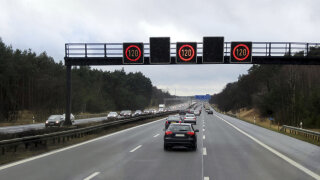