Do you love custom cars? Buckle up and get ready for a wild ride through the world of custom cars, then and now! 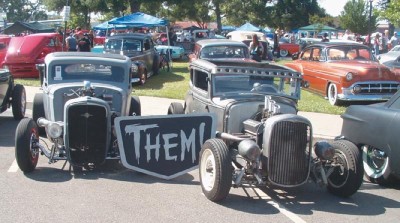 The town of Paso Robles, California, hosts what is widely known as the best custom car show in the world. Ready for a wild ride through the world of custom cars, then and now? 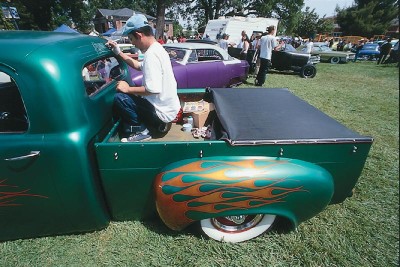 They may be called "custom cars," but enthusiasts often use classic trucks as well. See the Dream Truck next. 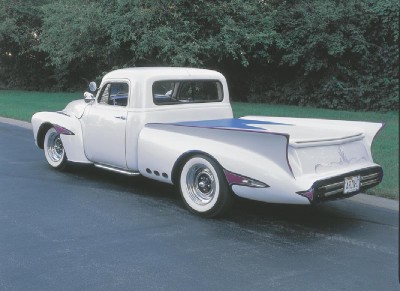 The Dream Truck was a custom car builder's dream, initiated in 1953 by Spencer Murray. Check out the incredible interior of this custom 1950 Chevy pickup ... 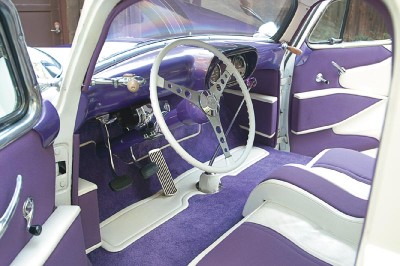 What do you think -- dreamy or nightmarish? See another snazzy use of color and paint next. 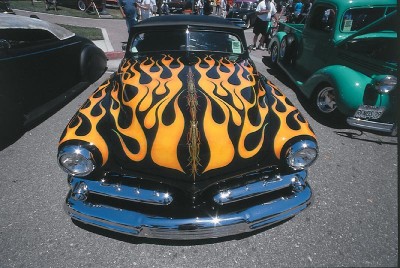 Flames are a popular way to customize a paint job on an altered vehicle. Take a look at a slightly cooler customization -- the Afterglow -- next. 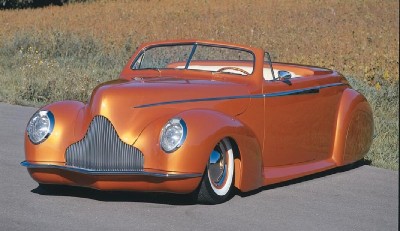 The Afterglow custom car was designed as a modern tribute to the Jimmy Summers Mercury. See its interior next. 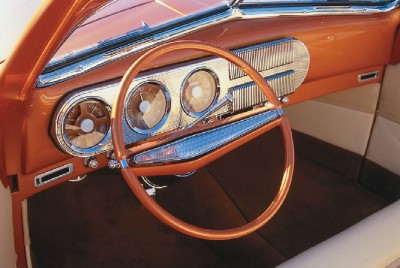 The interior of the Afterglow custom car. Check out the Marquis in the next photo. 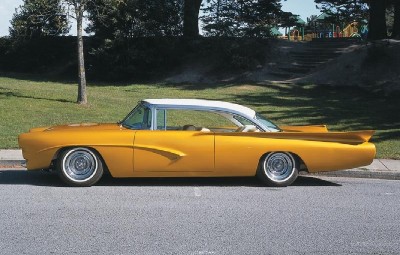 Bill Cushenbery created the Marquis with mostly fabricated parts. Take a look inside, next. 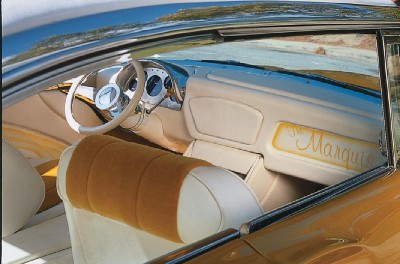 The Marquis interior is certainly impressive enough for its name. Next, see a vehicle that blurs the controversial line between a custom car and a hot rod. 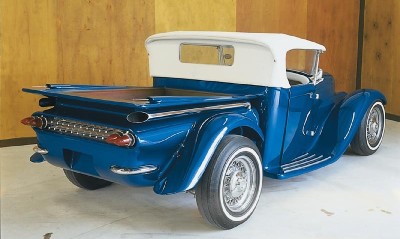 Ray Farhner's award-winning Eclipse straddled the line between a custom car and a hot rod. See why the next custom car was called The Grasshopper... 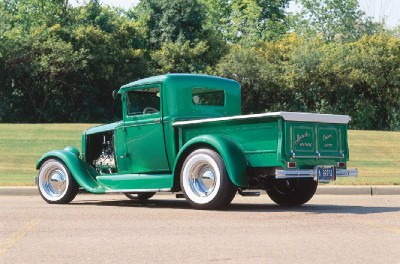 Constructed from a 1931 Model A pickup, the Grasshopper was the calling card of the Alexander Brothers of Detroit in the 1960s. Check out its interior ... 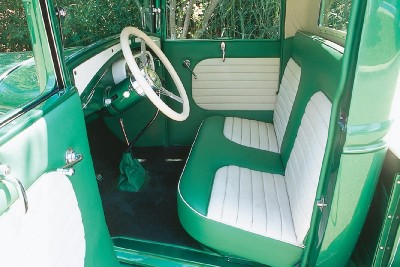 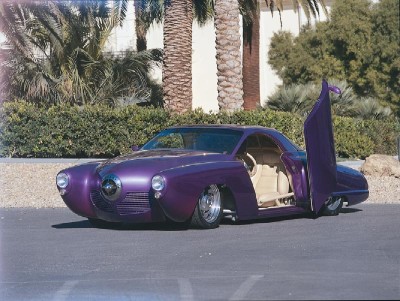 The Frankenstude is based on a bulletnose Studebaker design drawn by Thom Taylor. See the new-wave styled Nadean next.

The Nadean was a customized 1953 Buick inspired by the CadZZillaTM. By the late 1960s, though, a new line of cars had muscled their way on to the scene. See a rare customization of one next. 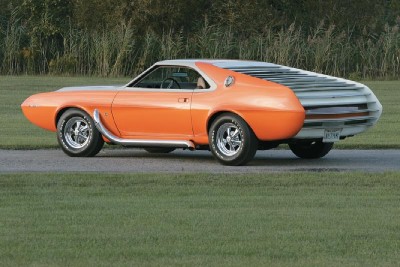 The AMX-400 was a Barris Kustom creation, an example of the rarely attempted custom muscle car. Another trend in custom cars was the lowrider, shown next. 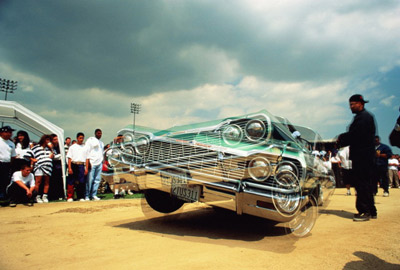 "Lowrider drives a little slower." Like the song says, these cars are all about slow cruises, cool poses and a freewheeling attitude. See more custom cars in popular culture, next. 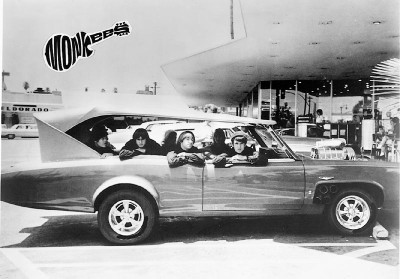 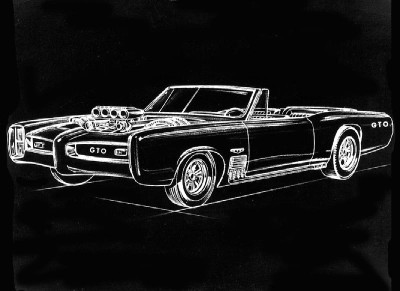 Pontiac's concept drawing of the Monkeemobile was suspiciously similar to its preexisting GTO. But the next car was definitely a full customization. 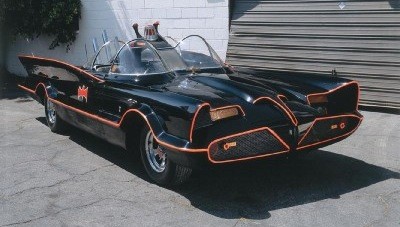 George Barris built the custom Batmobile on an already flashy 1955 Lincoln Futura. Next, see how one automaker hoped to cash in on the custom car craze. 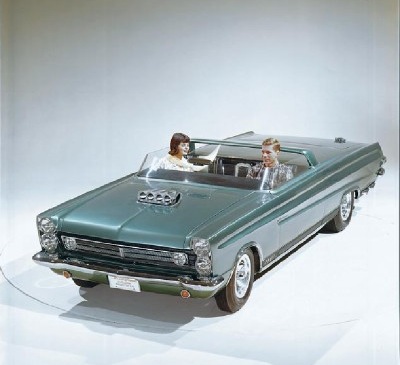 The Ford Custom Car Caravan was Ford's answer to the custom car craze in the 1960s. Today, custom cars are more popular than ever, and enthusiasts are really taking matters into their own hands... 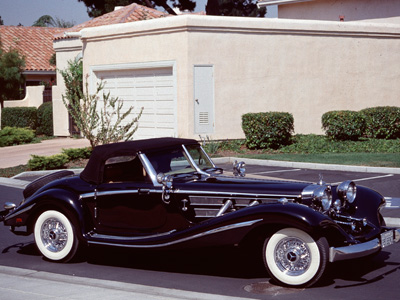 Would you believe that one man designed and assembled this Mercedes 500K replica? Next, see a futuristic roadster being built. 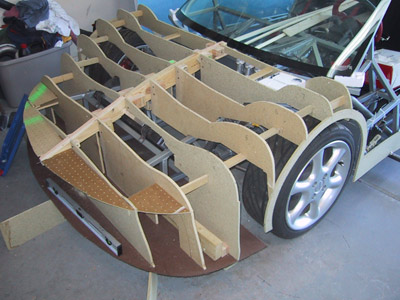 This La Bala roadster is an amazing feat of craftsmanship. See how it turned out in our last image. 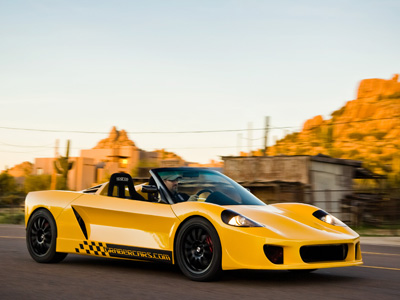 Steve Graber drives his custom-fabricated La Bala roadster. Think you can do it yourself? Learn what it takes to assemble your own car! And don't forget to check out the whole Custom Car Library.