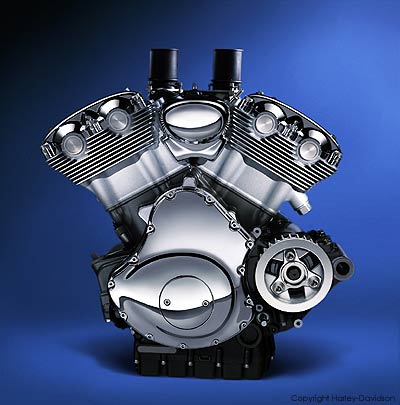 Bike builders have a lot of choices when it comes to engines and how to mount them. Engines come with names like Evo, Twin Cam, Shovelhead, Panhead and Knucklehead. Some engines work better with certain frames -- in fact, some frames are designed specifically to hold a particular engine. Builders have to be aware of an engine's dimensions to make sure they have the right amount of clearance in their frame once they've installed all their components.

Many builders choose engines based on the look they are going for. Someone building a chopper designed as a throwback to the classic choppers of the '60s will want an engine that looks like an old one. He or she can either purchase an old engine and do some work on it, rebuilding it if necessary, or buy a new engine designed to look like the classic engines of the past. New Shovelhead engines look much the same as they did back in the '60s, but today offer bikers choices in everything from the compression ratio and camshaft to an electronic ignition.

Unlike most car engines, a bike engine's appearance is everything. That's because most choppers don't cover up the engine -- it's on full display. Harley-Davidson offers engines in black and chrome, for example, which usually increases the cost of the engine by about $1,000 over the less flashy aluminum versions.

A chopper's brakes run on a hydraulic system -- builders can choose between disc brakes and drum brakes. Some bike builders leave off brakes on the front tire -- they say that the back of the bike carries so much weight that you don't need brakes up front. Many others say that all bikes need brakes both on the front and back of the bike, and that when you hit the brakes the weight of a bike transfers forward, increasing the risk of an accident.