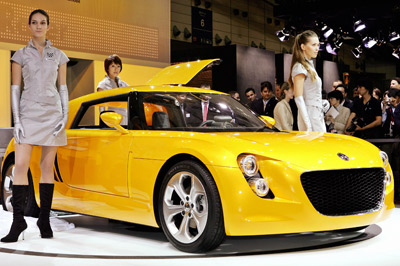 ­­Unless you've been living under a rock, you probably know that gas prices have been rising rapidly -- and aren't likely to go down again. What's driving the price increase? There are a number of factors, but one of the biggest is demand. Oil, which is used to make gasoline, costs a lot of money because the many people who need it are willing to pay. While it used to be that only a few countries, mainly in the West, had enough wealth to have widespread car ownership, countries like India and China are experiencing major growth in car ownership, causing more demand and increased prices for gas and oil. What's worse than the high cost of oil is the fact that it's a finite resource: We're going to run out one day. With more and more oil being used, the pressure is on to cut back, lessen demand, bring down prices and extend the planet's supply.

While oil powers many parts of daily life -- from generating electricity to heating homes -- one of the easiest ways to cut back on oil use is by changing the way we drive. Car makers have already answered the call to lessen our reliance on gas by making gasoline engines more fuel-efficient, introducing gas-electric hybrids and vehicles that can run on alternative fuels. One of the best ways to cut back on gas is to make cars more fuel-efficient, and one of the easiest ways to do that is by reducing how much a car weighs.

Cutting a car's weight makes a lot of sense. If an engine has less weight to haul around, it will use less energy (just like you use less energy carrying something light versus something that's heavy). But reducing a car's weight isn't as easy as it sounds. Lighter cars still need to be safe and durable. Car manufacturers are responding to the challenge of making strong, safe, durable and lightweight cars through the use of materials like carbon fiber.

So what exactly is carbon fiber, and could it help end the oil crisis? Read on to find out.