How the Lamborghini Gallardo Superleggera Works 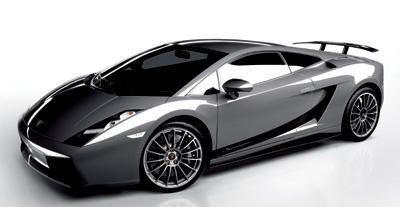 The baby bull slims down and muscles up for a lightweight title fight with Ferrari.

What We Know About the 2007 Lamborghini Gallardo Superleggera

The Lamborghini Gallardo bowed in 2003 as the latest junior model from Italian supercar power Lamborghini, a unit of Germany's Audi since 1998. A Gallardo Spider convertible was added for 2006. Both feature a midship-mounted V-10 engine and all-wheel drive. Now, as a late-season 2007 entry, comes a higher-performance Gallardo coupe called Superleggera-"superlight" in Italiano.

Weight is the enemy of performance, so the 2007 Lamborghini Gallardo Superleggera pares as many pounds as possible from the standard coupe. Though it uses the same aluminum "spaceframe" construction, several body panels are replaced with carbon-fiber copies: front hood, rear engine cover, side skirts, the rear air diffuser below the exhaust outlets, even the door-mirror housings and the underbody tray. The regular car's movable rear wing is slightly reshaped; a larger fixed-height carbon-fiber spoiler is available for $5850. Glass windows give way to polycarbonate substitutes, and the engine cover gains a plastic window like the Ferrari F430, the Gallardo's chief rival.

The Jenny Craig treatment slims curb weight for the 2007 Lamborghini Gallardo Superleggera to just under 3000 pounds in U.S. trim, a 150-pound advantage over the standard coupe. Complementing that, the Gallardo's quad-cam V-10 gains 10 horsepower-to 530 total-via a new lightweight exhaust system, a more-efficient intake manifold, and remapped engine electronics. The suspension retains all-around all-around double wishbones and coil springs, but the springs and shock absorbers are retuned to match the reduced mass. Brakes are also unaltered, but carbon-ceramic discs are available for $15,600.

The Gallardo's all-wheel drive system is also tweaked, gaining a new propshaft to the front wheels, plus new front driveshafts. Lamborghini's "e-gear" six-speed sequential manual transmission, an option on regular Gallardos, is standard for the Superleggera. A conventional six-speed manual is available for $700, the surcharge reflecting lower EPA-rated mileage that triggers the federal gas guzzler tax.

We don't have mpg numbers yet, but factory performance figures show only slight gains over the regular car. For example, the 2007 Lamborghini Gallardo Superleggera does the 0-60 mph romp just 0.2-second quicker-a claimed 3.8 seconds-and top speed is unchanged at 195 mph, limited by aerodynamic drag.

Given such little-improved acceleration and a noisier, starker interior, you may wonder why Lamborghini bothers with the Superleggera. One reason is snob appeal. After all, this car plays in a market where buyers willingly pay big to drive something exclusive. No less important, the Superleggera throws down the gauntlet to archrival Ferrari, which this fall issues a lightweight track-oriented version of its F430, the Challenge Stradale. Finally, less weight and more muscle imply greater agility, which relates to both bragging rights and answering Ferrari.

The Superleggera means "superlight" in Italian and features a midships-mounted V-10 engine and all-wheel drive.

A Notable Feature of the 2007 Lamborghini Gallardo Superleggera

The Gallardo is one of a handful of high-power sports cars with standard all-wheel drive. Reflecting Audi influence, the system uses a viscous coupling to drive the front wheels, which always receive at least some engine torque, even at low rpm.

Prepare to wait if you haven't already ordered. Lamborghini is building only 350 Superleggeras for 2007, and the entire run has sold out. But you might want to wait anyway, because a Superleggera Spider seems likely to surface in the next couple of years.

Lamborghini is building only 350 Superleggeras for 2007, and the entire run has sold out.

2007 Lamborghini Gallardo Superleggera Release Date: For what it's worth, deliveries begin in July 2007.

First Test Drive: Somehow, we weren't on the invite list for the U.S. media event staged earlier this year in the Phoenix area. Pretty please, Lamborghini. Give us some seat time! 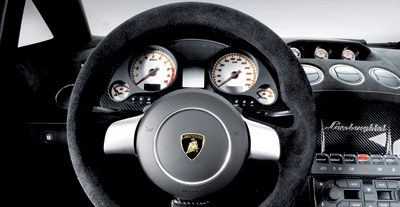 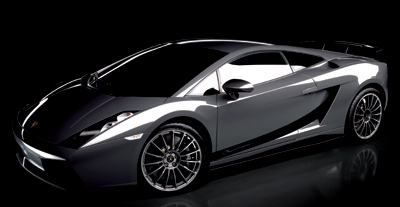 Several of the new Superleggera's body panels are replaced with carbon-fiber copies: front hood, rear engine cover, side skirts, the rear air diffuser below the exhaust outlets, even the door-mirror housings and the underbody tray.
The Superleggera's exterior features multi-spoke 19-inch Speedline wheels, and dark accents for the headlamps, front air intakes, and exhaust pipes.
The 2007 Lamborghini Gallardo Superleggera has a top speed of 195 mph and does 0-60 mph in a claimed 3.8 seconds.

The Gallardo is one of a handful of high-power sports cars with standard all-wheel drive.