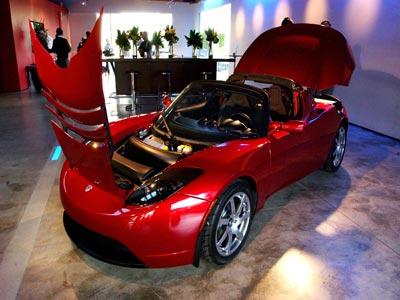 California's emissions standards are stricter than the federal EPA requirements. They're more stringent on hydrocarbon and nitrogen oxide (NOx) emissions -- which become smog -- from vehicles, and they have heavier requirements that older construction vehicles be retrofitted so that they operate cleaner. California's gasoline also has less sulfur, benzene and hydrocarbons than most gasoline sold elsewhere in the U.S.

The state has created a number of categories for motor vehicle emissions. Even if you don't live in California, if you have a relatively new car, you've likely seen stickers somewhere on your vehicle that indicate these emissions:

In the arena of fuel economy and emissions "we are the market that sets the standards," said Tom Cackette, the deputy chief executive officer for the board. California has one of the largest populations in the United States, so carmakers have to meet the state's standards or miss out on a very lucrative vehicle market.

Cackette estimates that by 2010, one-third of all cars in the United States will meet California's emission standards. Often, the EPA adopts California's standards a few years after the state institutes them.

In 2006, California Governor Arnold Schwarzenegger signed into law a bill that would allow the state to regulate greenhouse gases -- primarily carbon dioxide, which contributes to global warming -- starting with 2009 model year vehicles. However, the EPA has denied the state the ability to do so, and while the law is on the books, it's not being enforced, Cackette said. The EPA decided that separate California standards are not necessary to address the nationwide problem of greenhouse gas emissions. The state is suing the federal government to overturn the decision.

By 2050, Cackette predicts a market comprised of vehicles running mainly on biofuels, fuel cells and electricity -- no more than 10 percent of the market will run on gasoline, and those that do will have to get 70 mpg (29.76 km/l) or better.

Remember carburetors? Up next, we'll look how the California Air Resources Board helped to get rid of them, and the impact the board has had on the vehicle you drive today.