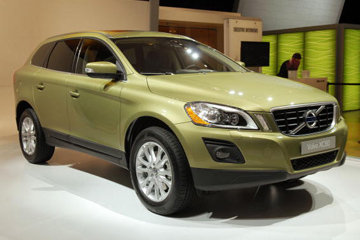 Not too many years after passenger cars and trucks became commonplace, lots of drivers began to wonder: What if you could combine car-like comfort and truck toughness into the same vehicle?

In the 1920s, the answer to that question hit the marketplace, in the form of the now-familiar station wagon. You could even say that station wagons were the first "crossover" vehicle -- appearing decades before the trendy blend of truck-like bodies bolted to car frames that are so popular today.

Following the introduction of the station wagon, other shapes that combined the functions of car and truck would emerge over the next several decades.

By the 1980s, the station wagon was eclipsed and then abandoned (at least in the United States) for a new vehicle category called the "minivan." The minivan, in turn, would be toppled a decade later as backlash against its "mom-mobile" image opened the floodgates for ever-increasing sizes of sport utility vehicles -- SUVs.

Fast-forward to the present, when $4-a-gallon gasoline spikes and heightened environmental awareness have made monstrously huge SUVs a liability. The solution: Crossover SUVs that blur the line even further between purpose-built passenger vehicle and occasional stuff hauler.

But crossovers, it seems, aren't as uniquely modern as the marketing honchos at auto companies would like us to believe. In fact, they're just one more quirky example of how trends in the car world tend to come and go -- and come back again.