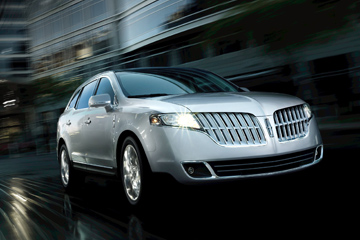 The SUV backlash didn't become mainstream until the late 2000s. They were a favorite target of environmentalists and those opposed to excess, right from the get-go. But when gas prices skyrocketed, the auto industry nosedived and home prices plunged (all eroding our general sense of financial security), the mood shifted. It became apparent to many SUV drivers that they simply didn't need heavy-duty towing capacity or the ability to scale small mountains. Plus, they were no longer trendy.

Traditional SUVs are body-on-frame trucks (the main part of the vehicle is built separately and secured to a steel underbody structure), designed with a more spacious cabin. They resemble, handle, and guzzle fuel like trucks. A full SUV in the driveway gave the impression your family had interesting and exotic destinations that simply could not be reached by car -- even better if there was also a boat to tow. But, like the trucks they're derived from, SUVs were not particularly designed for comfort, and over time, they became perceived as cumbersome.

But families still clamored for big vehicles, so crossovers came into play. Some of them look like taller station wagons; others would be better described as miniature or compact SUVs. The SUV-esque bodies are based on car platforms, with unibody construction (in which the car's body itself is stamped out and is the structural support). So, crossovers drive and handle similar to a car. They're designed to get similar benefits of SUVs yet avoid most of the common drawbacks.

Crossovers are marketed as being:

Crossovers' many perks have helped prop up the automotive sector. In fact, even as the auto industry began its decline, crossovers were one of the few growing segments [source: White]. Now, small SUV growth is outpacing standard-size SUVs [source: Aretha]. Some manufacturers are even hoping that crossover-like looks and features will lend a boost to the compact and subcompact markets -- as seen on models like the MINI Cooper Countryman, the Nissan Juke and the Suzuki SX4.

For more information about crossover vehicles and SUVs, follow the links on the next page.