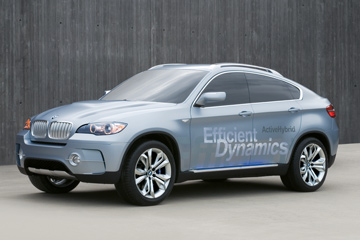 Buying a car is often about compromises. If you want something that's safe and can haul your family and groceries, this often comes at the expense of sporty handling and performance. Or you may desire better fuel economy, yet this typically means getting a smaller, more efficient vehicle. There are actually very few cars on the market that can offer a perfect combination of everything we want.

However, carmakers are finding ways for buyers to not have to live with sacrifices. In fact, many of BMW's cars fall along these lines: SUVs and sedans that offer performance, handling, room and in some cases, they're even good for the environment. Recently the company has been focused on creating high-tech gas and diesel engines that have very low emissions.

A few years ago, BMW came out of left field with the extremely unusual-looking X6 model, a vehicle that blurred the lines between SUV, hatchback and sports car. The vehicle's long, sloping roof line gives it the look of a sports coupe, but it rides tall on big tires and it's also a highly capable off-roader. It's an SUV, yes, but one with eye-catching style and potent acceleration from its turbocharged six- and eight-cylinder engines. At the same time, the X6 boasts a substantial amount of cargo space.

The German automaker even makes a highly tuned version called the X6 M, with a 555-horsepower V8 that's as fast as the last-generation M3 sport sedan [source: Wert].

But what if it didn't have to be that way? Can you have your cake and eat it too? BMW thinks so, and that's why they built the BMW X6 ActiveHybrid concept car.

Hybrids use gasoline or diesel engines coupled with an electric motor to boost fuel economy and reduce emissions. This technology is finding its way into several different types of vehicles, including big ones and fast ones, too.

In this article, we'll look at the hybrid version of BMW's unusual performance SUV, and show how advanced technology will help the X6 ActiveHybrid achieve better fuel economy over the standard version -- and create what BMW calls "Efficient Dynamics." 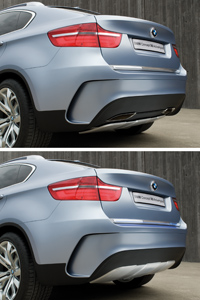 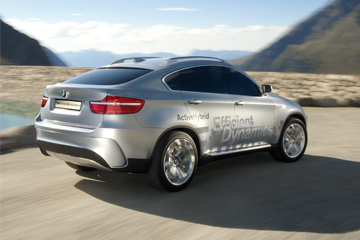 For more information about the BMW X6 ActiveHybrid and other hybrid car topics, follow the links on the next page.