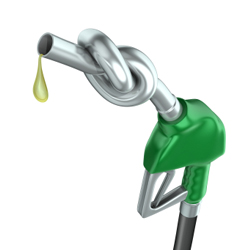 Pinning down five crossover vehicles with great fuel economy is difficult. Not because there aren't any -- there definitely are -- but because the crossover segment itself is hard to pin down. One person's crossover vehicle is another's small SUV or station wagon. Some manufacturers helpfully put an "X" in the model name to tell the consumer that it's a crossover, but most don't.

The Environmental Protection Agency's guidelines aren't any help on this point, either. Though the EPA lists the miles per gallon for every passenger vehicle sold in the United States each year, it does not include "crossover" in any of its vehicle categories. The agency has its official EPA classes, which include midsize station wagons and sport utility vehicles. The Web site fueleconomy.gov also lists cars by market class, which are categories closer to what car-shopping consumers would use, like hatchbacks and SUVs. But there's not a crossover classification to be found.

Which leaves the call up to manufacturers. With the popularity of the true SUV on the wane, and the rising price of gasoline, the crossover vehicle is a bridge between off-road trucks and around-town cars. Most crossovers are built on a car platform, which is lighter and easier to drive than a fully boxed off-road truck frame, which is what traditional SUVs were (and some still are) built on.

And now, without further ado, the five crossover vehicles with the best fuel economy -- including one little hybrid surprise.