What was the first crossover vehicle? 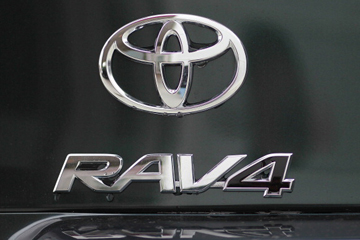 The Toyota RAV4 logo is displayed on the back of a brand new RAV4 at a Toyota dealership in Oakland, Calif.
Justin Sullivan/Getty Images

Crossover vehicles have been described as small SUVs, light-duty SUVs, or even tall cars. It's a tough segment to pin down. Most often, a crossover (or CUV) is a rugged, sometimes four-wheel drive vehicle built on a car platform rather than a truck platform. This increases comfort and improves on-road handling, though it does sacrifice off-road capability.

It seems as if crossovers have just recently burst onto the scene, but by the definition above, the first crossover vehicle in the United States was the 1996 Toyota RAV4. The name stands for Recreational Active Vehicle with 4-Wheel Drive. (Later models would be available in two-wheel drive, too.) The RAV4 had already enjoyed success in Japan, where it had been introduced in 1994.

The US market was ready for crossovers, though, even if the segment didn't have a name yet. The Subaru Forester followed closely in the RAV4's tracks, debuting in 1997 as a 1998 model year car with the slogan "SUV tough, car easy." The Honda CR-V was also introduced in 1997. The Ford Escape, which also figures as an early crossover, didn't come on the scene until 2001.

It's probably worth noting that all of these early crossover vehicles are still on the market. They've undergone a decade or more of upgrades and styling changes, and they've all been completely overhauled by the manufacturer at least once. The 2011 Toyota RAV4 has "grown a bit larger," as Sam Butto of Toyota said. It's even got an optional third row, though Butto admits the seats are really small and they don't sell very many with that option. Like most of the crossovers on the market these days, the RAV4 is still popular with couples and young families, Butto said.