Who coined the term 'crossover vehicle?' 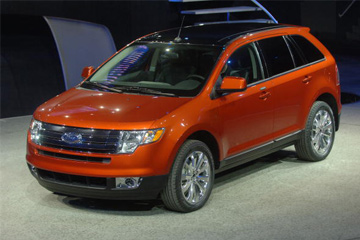 This 2007 Ford Edge is a crossover vehicle -- but it definitely wasn't the first vehicle in that category.
Bryan Mitchell/Getty Images

Most people have a basic understanding of what a crossover vehicle is -- think car-like uni-body construction and fuel efficiency coupled with a four-wheel-drive or all-wheel-drive drivetrain.

Beyond this very basic definition the crossover vehicle becomes blurred. There are compact crossover utility vehicles (CUVs), mid-size and full-size. Others define the CUV based on their platform, such as sedan-derived CUVs, and still others lump the CUV in with sport utility vehicles and even multi-purpose vehicles, also known as MPVs.

This loose definition strategy, something akin to "you'll know one when you see one," makes finding who coined the term "crossover vehicle" as difficult as defining the car itself.

However, the evolution of the basic idea of a crossover vehicle follows relatively clear path, and it's along that path where the car is defined and the term crossover sees its first use in print.

Crossover vehicles began their introduction to the United States in the early 1970s. Subaru of America introduced the four-wheel drive DL station wagon to the market in 1975. Company ads claimed it "climbed like a goat, worked like a horse and ate like a bird." Yet there is no mention of it being a crossover vehicle despite meeting the basic criteria.

The next major player in the market was the AMC Eagle.

In the early 1970s AMC paired with Jeep. As AMC sales flagged the company began blending elements of the two companies to boost sales and revive the badge. Their first experiment was taking an AMC Concord and equipping it with a Jeep driveline under chief engineer Roy Lunn's guidance. The body was lifted by four inches to accommodate a transfer case and the wheel wells were opened to make room for larger tires. Reportedly then-chairman Gerry Meyers reacted to the combination by saying, "What the hell is that?"

The idea, though not fully formed, was refined into the AMC Eagle. Surviving Eagles look like the "early man" version of a CUV, sort of a missing link of the car world. The vehicles worked well and sold well and pushed AMC sales up for several more years before changes in the market, namely new players in the nascent niche crossover market, put AMC out of business.

Still the term crossover was not in specific use, at least as we understand its use today for marketing purposes.

"Crossover," according to most dictionaries, refers mainly to physical crossovers, like bridges and roads, and genre shifts, like when a classical musician makes the crossover to jazz by blending the two styles. This blending was seen in other places in the automotive market.

Before Subaru hit the market with DL station wagon Ford and Chevrolet blended the idea of the car and pickup giving birth to the Ranchero and El Camino. Later classified as coupe utility vehicles these machines were considered crossover vehicles by industry watchers for several decades, though never termed such.

But it is this loose blending of perception and word choice that makes finding who coined the term "crossover" so difficult. By the late 1980s more vehicles aligned with the basic definition of crossover began hitting the market. By the 1990s these vehicles were taking a growing share of the SUV market, reaching an estimated 50 percent by 2006. Many companies, including Subaru, began defining their cars as having "all-wheel drive" and "off-road capability," as well as "rugged utility" in advertising to set their cars apart from the station wagon market.

As more crossover vehicles hit the market in the late 1990s and early 2000s journalists and car companies began hammering out a loose definition of what a crossover vehicle was, and using that definition and term on their models. Like most words "crossover" came into being at some undefined point in that decade, and was refined over time.

Today, the word is still evolving, along with the cars it defines. This situation will likely continue far into the future. The term is also being used retroactively. Consider the AMC Eagle, today known as the first crossover vehicle, but first defined as "What the hell is that," an apt description that will likely be used on many of the newer crossover vehicles trundled out each year.

For more information about crossover vehicles and other related topics, follow the links below. 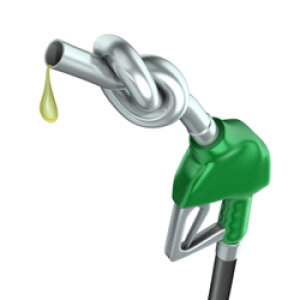 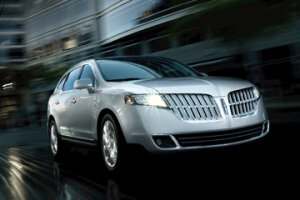