Where did the idea for crossover vehicles come from? 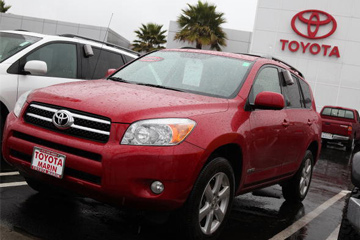 For decades, sport utility vehicles were rough-and-ready truck-based vehicles -- like Jeeps, Land Rovers, and the Toyota Land Cruiser -- that could take on any off-road situation. But in the mid-1990s, Toyota introduced the RAV4, which was quickly followed by the Honda CR-V and Subaru Forester. The term "crossover vehicle" hadn't been invented yet, but the car-based utility vehicle had.

At the time that these CUVs were introduced, there was an SUV craze going on. Manufacturers introduced newer and bigger models every year, and consumers snapped them up -- even if they had no intention of going off road. Buyers wanted ruggedness, but some didn't necessarily want to sacrifice the comfort of a passenger car. Also, SUVs were expensive, and many people couldn't afford them.

"The RAV4 made SUVs affordable," says Sam Butto of Toyota, "plus it was on a unibody car platform," which greatly improved its ride. It was also available in four-wheel drive, which was unique for the new small SUV or crossover segment. But in addition to its light off-roading capabilities, the RAV4 was engineered to reduce engine noise for a quieter ride, and the suspension was tuned for passenger comfort rather than tough terrain.

The original press package for the 1996 Toyota RAV4 makes plain the urban/off-road divide that this new vehicle was straddling -- with nearly 8 inches (20.3 centimeters) of clearance, by the way. Several optional packages were available, depending on which way the buyer wanted to go: the Upgrade Package, for instance, added power windows, doors, and mirrors, plus a better stereo. The Active Package had special graphics, a roof rack, and fog lamps.