What is the difference between the Prius and the Prius Touring? 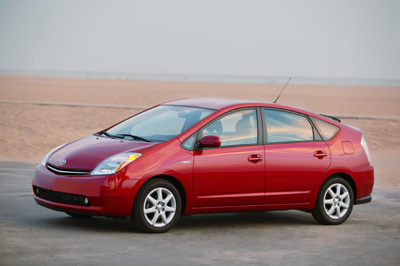 The Toyota Prius has long been one of the most popular hybrids in the U.S.
Toyota Motors USA

The Toyota Prius has been one of the best-selling hybrid gas-electric car models of the past decade. What is the Prius and what makes it so popular with eco-friendly drivers? In a nutshell, the Prius is a full hybrid with a gasoline-powered engine and a battery-powered motor. The car can travel on battery power alone at speeds of up to about 42 miles per hour (68 kilometers per hour) before the gasoline engine kicks in. The electric motor can also assist the gasoline engine with acceleration, and the regenerative braking system recharges the car's batteries.

The Prius has a long and storied history for such a cutting-edge vehicle. It was first introduced to the world in Japan in October 1997, and it went on sale in its home country that December. The Prius didn't reach U.S. dealerships until July 2000 (for the 2001 model year), but it quickly became a Hollywood hit. Celebrities bought the eco-car in droves, despite the first generation Prius' jerky ride, and the hybrid gained cachet among green drivers.

In that first year, the car won a slew of awards:

The much-improved second-generation Prius came to the U.S. in 2003. This is the version we know best, with its short, sloped hood and nearly vertical rear. The hybrid system was vastly improved to provide a better ride and quicker acceleration. Toyota announced advent of the Touring Edition in 2007. The next generation of the Prius, with further refinements, goes on sale in June 2009.

Toyota has sold over a million Priuses worldwide since its introduction. While many cars come in different variants -- base, sport, touring, EX, and the like -- the Prius has had only two, the base model and the Touring Edition. In the automotive world, the word "touring" usually denotes a car that has a few more amenities to improve the driving experience, and the Prius is no exception.

So, what are the differences between the Prius and the Prius Touring? Let's see what the Touring's got that the regular Prius doesn't. 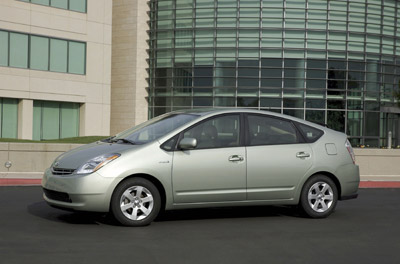 The Prius shares many qualities with the Prius Touring, including superb fuel efficiency and a continuously variable transmission.
Toyota Motors USA

The base-level Prius and the Touring edition are very similar, especially where it counts: the drivetrain. Both versions have a 4-cylinder aluminum gasoline engine and a 50 kilowatt (kW) electric motor powered by nickel-metal hydride (NiMH) batteries. When working together, the hybrid system cranks out 110 horsepower -- not blazing fast by any stretch of the imagination. However, the Prius makes up for its lack of speed with stellar fuel economy: The car gets 48 miles per gallon (20 kilometers per liter) on city streets and 46 miles per gallon (19 kilometers per liter) on the highway.

Both cars also have a continuously variable transmission (CVT), which does away with the traditional gear system in favor of smoother acceleration and deceleration all the way up and down the speedometer. Anti-lock braking systems (ABS) and traction control are standard, as are power windows and doors, a push-button ignition, air conditioning and more.

All Prius models have packages of options that can be added, like a backup camera, premium sound system, Bluetooth access, navigation system and leather-trimmed steering wheel and seats.

The differences are in what the Touring Edition adds to the Prius. Here's a list:

None of these additions change the car's fuel economy, emissions, hybrid system or any of the other factors that have earned the Prius so many fans both in the press and at the dealership. In fact, most of the awards and accolades that have been heaped on the Prius in the past decade have been for the base version, if the awarding body singled out any version at all.

There isn't even much difference in price between the two. Without any optional packages, the base 2009 Prius started at $22,000. The 2009 Prius Touring Edition, with its few extra amenities, started at $24,270. Neither of these prices includes the destination charge nor any federal or state incentives that might be applicable. 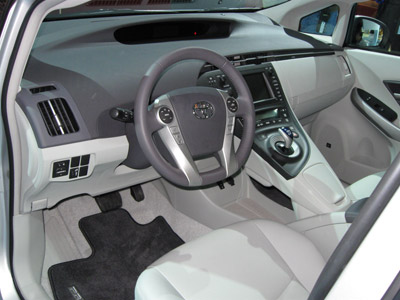 The 2010 Prius has added several features, from increased engine power to an improved sound system and more.
Kristen Hall-Geisler

Toyota made several major changes for the third-generation Prius, even though the car retains the same shape and profile as previous editions. The gasoline engine still has four cylinders, but now it also has four valves per cylinder for additional power. The electric motor gets a boost, too, up to 80 kW. The combined engine and motor output has improved to 134 horsepower, and fuel economy also increases to 51 miles per gallon (22 kilometers per liter) in the city, and 48 miles per gallon (20 kilometers per liter) on the highway.

There's only one version of the 2010 Prius, with a standard ABS, stability control, and traction control. The standard stereo gets an upgrade that can handle MP3 files, plus an auxiliary audio jack and satellite radio capability. Additional standard features include everything from simple cruise control to high solar energy absorbing (HSEA) glass.

However, the basic Prius is merely a starting point for buyers who want more options. Factory packages include a voice-activated navigation system, a solar roof panel that powers interior fans, and "Advanced Technology," which includes everything in the navigation system package plus a pre-collision system, lane assist, park assist and radar cruise control.

There's one last perk for those who want a little bling with their eco-chic: The 2010 Prius can be bought with fog lamps and 17-inch wheels.