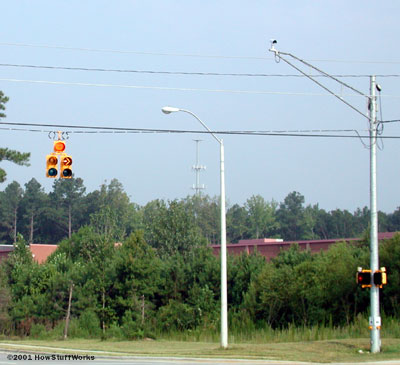 Multiple cameras are mounted high above the intersection to get a full view of any traffic violators. See more car safety pictures.

­Acc­ording to the Insurance Institute for Highway Safety, 22 percent of all traffic accidents in the United States are caused by drivers running red lights. Every year, these accidents kill some 800 people and rack up an estimated $7 billio­n dollars in property damage, medical bills, lost productivity and insurance hikes. And this sort of traffic violation seems to be on the rise. In many areas, red-light violations have increased by 10 percent or more since the 1980s.

To curb this trend, more and more cities are installing red-light cameras. These fully automated devices collect all of the evidence authorities need to prosecute light-runners. If a camera catches you speeding through the intersection, you can expect a ticket (along with a photograph of the violation) to arrive in your mailbox a month or two later. In this article, we'll look at the basic elements in these systems to find out how they catch drivers red-handed.

Red-light systems rely on some sophisticated technology, but conceptually they are very simple. The system includes only three essential elements:

In a typical system, cameras are positioned at the corners of an intersection, on poles a few yards high. The cameras point inward, so they can photograph cars driving through the intersection. Generally, a red-light system has cameras at all four corners of an intersection, to photograph cars going in different directions and get pictures from different angles. Some systems use film cameras, but most newer systems use digital cameras. 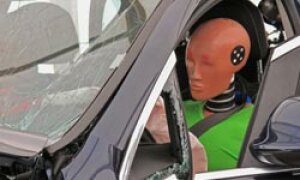 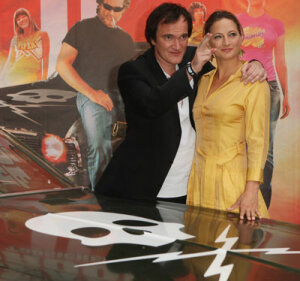