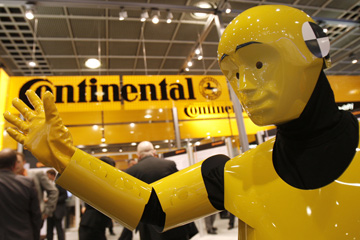 Driving safety took a big step forward in the mid-1990s when electronic stability control was introduced. The German auto supplier Bosch developed the first system, and the Mercedes-Benz S-Class and BMW 7-series were the first cars to use the new safety and regulatory devices.

It's been more than a decade since electronic stability control was first introduced, and it goes by many names, depending on the company. Audi calls it the Electronic Stability Program, or ESP; at Ford, it goes by Advance Trac. GM has Stabilitrak, and Porsche puts its stamp on the system by dubbing it Porsche Stability Management.

But all of these systems, no matter their names, use high-tech sensors, the car's central computer and mechanical actions to assist in driving safely. We often read about high-performance cars having a tendency to understeer or oversteer; but the truth is, any car can veer off course, especially if the road is slippery.

Understeer happens when the front wheels don't have enough traction and the car continues moving forward rather than turning. Oversteer is just the opposite: the car turns farther than the driver intended causing the rear wheels to slide and the car to spin. ESC, as electronic stability control is often known, can help correct both of these situations.

Now that you know the basics, read on to find out how this advanced safety system operates during an emergency. 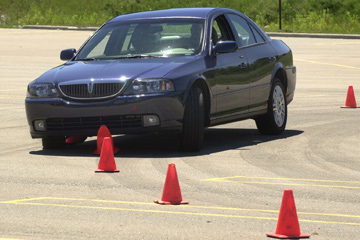 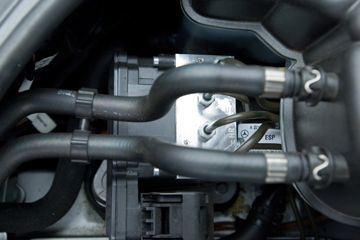 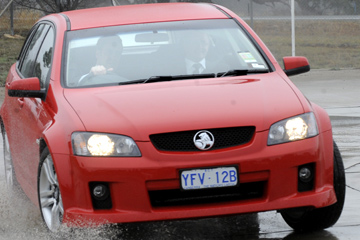 The most important role ESC plays in driving safety is reducing the number and severity of crashes. Almost everyone ends up in nasty, slippery driving conditions at some point, whether it's a rainstorm, a sudden patch of ice or a snowy road. Electronic stability control, along with the other safety and regulatory devices on-board today's vehicles, can help drivers maintain control on the road.

Electronic stability control will not engage in the event of a fender-bender -- the kind of accident that typically happens in stop-and-go traffic. However, some cars have other systems to help with this, including sensors in the front of the car that measure the distance between your bumper and the bumper of the car in front of you, but electronic stability control doesn't really come into play at that point. It's more helpful when slippery conditions mean a loss of control, regardless of whether there's anyone else on the road or not.

ESC has made driving easier and less likely to end in a serious accident. In fact, the Insurance Institute for Highway Safety (IIHS) said that ESC could prevent as many as 9,000 fatal crashes per year, and the National Highway Traffic Safety Administration (NHTSA) found that ESC reduces single-vehicle car crashes by 26 percent, and single-vehicle SUV crashes by 48 percent [source: IIHS].

These kinds of numbers have prompted the U.S. government to require electronic stability control on all passenger vehicles by 2012. Consumer Reports found that by 2009, 73 percent of all cars and a whopping 99 percent of SUVs already had standard ESC. Another 11 percent offered it as optional equipment on cars [source: ConsumerReports.org]. As for Mercedes-Benz, which first used ESC in 1995, all the cars under its corporate umbrella (including tiny smart cars and luxurious Maybachs) have electronic stability control as standard equipment.

For more information about electronic stability control as well as other safety and regulatory devices, follow the links on the next page.

What's the Point of Car Alarms If Nobody Calls the Cops?
Top 10 Causes of Car Fires
Car Seats: Fast Facts