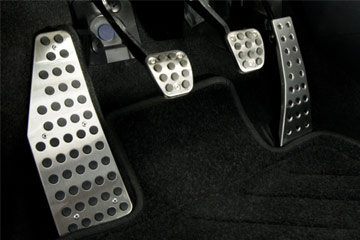 Up until the late 1980s, most cars had a fairly straightforward throttle control. You stepped on the accelerator pedal, the throttle opened, and air flowed into the engine, where it mixed with gasoline and burned. This burning gas powered the car's wheels, getting you down the road. If you wanted to go faster, all you had to do was step down harder -- the throttle would open wider, giving the car more power.

But electronic throttle control, which is sometimes called drive-by-wire, uses electronic, instead of mechanical, signals to control the throttle. That means that when you step on your car's gas pedal, instead of opening the throttle, you're activating an accelerator pedal module, which converts the pressure you put on the pedal into an electric signal. That signal is then sent to an electronic control unit, which takes your inputs into account, as well as outside variables, to open the throttle for optimum efficiency and performance.

It's a complex system, but one that has a lot of benefits for engine wear, performance and efficiency. However, like any complex system, it's not perfect, and drivers have raised a lot of questions about them. Can outside signals interact with the ETC? What kind of failsafes are in place if such interference happens? Read on to learn the answers.

While it's true that electronic throttle control adds complications, it also adds a number of benefits. The first is decreased maintenance. Mechanical throttle systems, because they are made up of a lot of moving parts, are subject to a lot of wear. Over the life of the car, the various components can wear out. By comparison, an electronic throttle control system has comparatively few moving parts -- it sends its signals by electric impulse, not moving parts. That reduces wear and the amount of maintenance needed on the system. 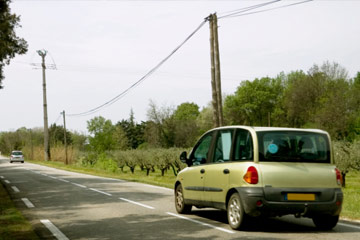 Like most complex systems, electronic throttle control systems have a number of failsafes. These are designed as redundancies and backups to keep the system running, or provide a safe shutdown if something goes wrong.

Generally speaking, at the first sign of a problem, most electronic throttle controls are designed to close the throttle and return to idle. So, for example, if the engine control unit detects a problem with a sensor, the system reverts to idle, preventing the throttle from opening.

Similarly, there are a number of redundancies built into the system. For example, just one sensor isn't used to detect driver inputs or other factors. Each sensor position uses two sensors. If a sensor malfunctions, or the two sensors in a given position report different readings, the system closes the throttle, idling the engine.

That's not to say that electronic throttle control systems are problem-free; rather, they've been designed with a number of failsafes that, if working properly, should prevent unexpected engine surges and acceleration.

Still, in the wake of new consumer awareness about unintended acceleration and questions about electronic throttle controls, car makers are adding another failsafe: brake overrides. These systems, which are already available on a number of cars from German manufacturers, allow driver inputs to step in and override the throttle system. So, if the system malfunctions somehow and the throttle opens on its own, stepping on the brakes will close it.

Electronic throttle control is just one of the electronic components under the hood. Learn about others by reading the links on the next page.