How does a laser speed gun work to measure a car's speed? 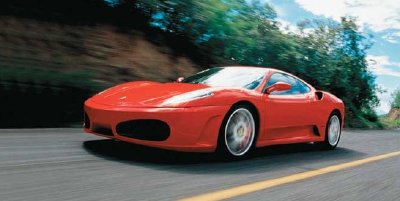 If you have read the article entitled How Radar Works, then you know how normal radar works. A normal radar set sends out a radio pulse and waits for the reflection. Then it measures the doppler shift in the signal and uses the shift to determine the speed.

Laser (or lidar, for light detection and ranging) speed guns use a more direct method that relies on the reflection time of light rather than doppler shift. You have probably experienced the reflection time of sound waves in the form of an echo. For example, if you shout down a well or across a canyon, the sound takes a noticeable amount of time to reach the bottom of the well and travel back to your ear. Sound travels at something like 1,000 feet (300 meters) per second, so a deep well or a wide canyon creates a very apparent round-trip time for the sound.

A laser speed gun measures the round-trip time for light to reach a car and reflect back. Light from a laser speed gun moves a lot faster than sound -- about 984,000,000 feet per second (300,000,000 meters), or roughly 1 foot (30 cm) per nanosecond. A laser speed gun shoots a very short burst of infrared laser light and then waits for it to reflect off the vehicle. The gun counts the number of nanoseconds it takes for the round trip, and by dividing by 2 it can calculate the distance to the car. If the gun takes 1,000 samples per second, it can compare the change in distance between samples and calculate the speed of the car. By taking several hundred samples over the course of a third of a second or so, the accuracy can be very high.

The advantage of a laser speed gun (for the police anyway) is that the size of the "cone" of light that the gun emits is very small, even at a range like 1,000 feet (300 meters). The cone at this distance might be 3 feet (1 meter) in diameter. This allows the gun to target a specific vehicle. A laser speed gun is also very accurate. The disadvantage is that the officer has to aim a laser speed gun -- normal police radar with a broad radar beam can detect doppler shift without aiming.

Most People Think Texting While Driving Is Fine, Study Says
Getting It Right When You Drive on the 'Wrong' Side of the Road
Will using a cell phone at a gas pump make it explode?