What is positive force chassis control? 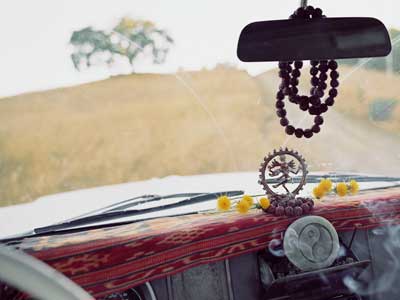 If you've spent any time on the r­oad, you've probably spotted a few bumper stickers that make claims of divine driving intervention. While the most common varieties read, "God is my co-pilot," you can also find the honors falling to Jesus, Shiva, Barack Obama and Superman's nemesis Gen. Zod, just to name a few.

Auto manufacturers still haven't found a way to offer customers driving guidance from the gods, but they have made inroads with the robot community. Various companies now feature such options as "chassis control" and "electronic stability control." If you own a Saab, you can proudly tell your friends and family that positive force chassis control is your co-pilot.

­It's easy to take vehicle stability for granted, but m­any factors, such as inclement weather or other drivers, can wrestle control of the wheel from your hands. One second you're driving along a winter road, then one wheel passes over an icy patch. The next thing you know, you're braking and turning the wheel to keep from going into the ditch. Once you think about those factors, it's no wonder so many drivers are keen on letting the creator of the universe ride shotgun. Where human driving ability (or common sense) fails, many put their fate in the hands of something greater than themselves.

Computerized stability systems such as positive force chassis control offer similar protection. T­hey won't protect you from deranged hitchhikers or magically steer you clear of an out-of-control vehicle, but they can keep an eye on ­road conditions and vehicle performance, as well as make small adjustments to ensure better stability. If you're going to need to apply the brakes to one wheel, a stability system can apply just the right pressure before you recognize there's a problem. Moreover, as is common with the work of invisible supreme beings, you often won't even realize the control system did anything at all.

So just what does positive force chassis control entail? Get to know your co-pilot on the next page. 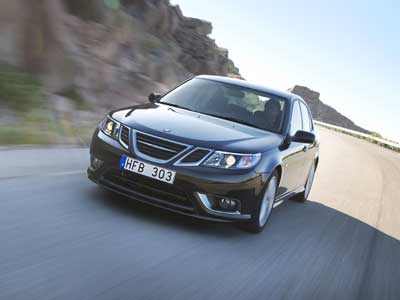 Electronic stability control didn't crop up overnight. Like any emerging technology, it has evolved steadily from earlier advances. To find a clear ancestor to positive force chassis control, you don't have to look back any farther than the introduction of anti-lock brake systems (ABS) in the late 1970s.

The problem was simple: No matter how skilled a driver you happened to be, coming to a stop on a slippery surface was difficult. If your wheels started to skid, it was harder to steer or stop the vehicle than it was under dry conditions. To allow safer braking, ABS designers connected speed sensors, pumps and valves to a central electronic controller. If the sensors detected the rapid wheel deceleration that signaled a wheel lockup, the controller told the pumps and valves to alternate brake pressure. This measure ensured the wheels would slow at the same rate as the vehicle by allowing the maximum braking power possible, just short of a lockup.

Essentially, ABS designers put the finer points of braking on a slippery road in the capable hands of a machine. Given the success of anti-lock brakes, it was only a matter of time before engineers applied the technology elsewhere on vehicles. In more advanced models, the onboard computer determines what the driver intends, senses what the vehicle is actually doing and, largely through the application of precise braking, makes minor adjustments to bring about the safest, most realistic version of the driver's wishes. In this sense, it's much like the way word processors and Web browsers automatically correct spelling. The computer senses what you meant to type, makes the necessary corrections and, voila, you never even realize how regularly you butcher "accommodate."

Saab's positive force chassis control system uses much of this same technology to improve driving stability and provide a better ride overall. The essential parts of the system are as follows:

Cross wheel drive (XWD): Developed in conjunction with Haldex of Sweden, Saab's all-wheel drive system distributes drive torque evenly between the two axles and between the two rear wheels. This means that vehicle stability controls have even more room to fine-tune the driving experience through subtle braking adjustments.

ABS/ESP sensors: Yes, anti-lock brakes aren't just the forefather of modern chassis control; they're a vital component. On top of the existing technology, Saab uses its electronic stability program to measure such factors as traction and vehicle yaw (the vehicle's rotation around its central point during a turn or lane change). This system, managed by the vehicle's central control module, allows ABS technology to not only protect against wheel lockup, but also help steer the vehicle through braking when stability begins to falter.

Electronic limited slip differentials (eLSD): Differentials were originally intended to translate the torque of a vehicle's driveshaft to the axles. Over time, they've come to stabilize the vehicle on curves and turns, as well as help with slippery road conditions. On Saab vehicles, the eLSD system can redistribute 40 percent of the torque between the rear driveshafts to whichever wheel has the most traction on slippery roads. For an in-depth look at this technology, read What is an eLSD?

Lower chassis: Positive force chassis control also entails the positioning of the vehicle chassis itself, by situating it closer to the road with stiffer springs and dampeners to minimize body movement and ensure tighter handling. Self-leveling dampers in the rear of the vehicle work to maintain a constant ride height.

Together, these components augment the driver's skills, providing safer handling in vehicles such as the Saab Turbo X. Explore the links on the next page to learn even more about the many technologies that make our morning drives possible.