Pedestrian Deaths in the U.S. on the Rise

by Cherise Threewitt Oct 5, 2018
Hundreds of New York City residents attended a March for Safe Streets in March 2018 after two small children were killed by a driver in Brooklyn. Spencer Platt/Getty Images

According to a report released in early 2018 from the National Safety Council, the number of Americans killed in motor vehicle accidents in 2017 dropped slightly — just 1 percent — over 2016. That's a bit of good news, despite the fact that still more than 40,000 people were killed on the roads in both years.

What's disturbing, however, is even though traffic deaths showed a decline between 2016 and 2017 in the United States, pedestrian deaths did not. According to a 2018 report from the Insurance Institute for Highway Safety (IIHS), pedestrian fatalities have increased 46 percent from 2009 to 2016, despite new safety technology aimed specifically at reducing the likelihood of pedestrians being struck by vehicles. And it's not just the IIHS whose numbers show a spike in pedestrian deaths. The National Transportation Safety Board's 2016 Pedestrian Safety Forum study concluded that 16 pedestrians on average were killed every day in the United States, an increase from its 2016 estimate of 15 pedestrians per day.

Why So Many Deaths?

So why the increase in pedestrian deaths? The causes are numerous. People drive more, and they drive faster. Speed limits are increasing. Big and heavy SUVs, which are still gaining popularity, are more dangerous to pedestrians. Drivers are distracted by electronic devices.

Infrastructure plays a role, too, since data shows that pedestrians are more likely to be hit in areas that don't have enough sidewalks or where traffic lights and signage are not well maintained.

So where are these issues the most problematic? According to an email interview with Kim Stewart, senior editor at IIHS, and published reports:

Where and when do most pedestrian deaths occur?

Who's most at risk?

"The increase [in pedestrian deaths] has been mostly in urban or suburban areas, at non-intersections, on arterials (busy roads designed mainly to funnel vehicle traffic toward freeways) and in the dark," Stewart says. "Though most pedestrian crashes involve cars, fatal single-vehicle crashes are increasingly likely to involve SUVs and high-horsepower vehicles."

The high-horsepower factor is particularly alarming. More research by IIHS found that the higher the horsepower-to-weight ratio of a vehicle, the faster it's likely to be driven. Traveling fast both reduces a driver's reaction time and increases the distance required to slow down or stop a car. Also, the faster a vehicle is traveling when it hits a pedestrian (or any obstacle), the more impact it will cause.

How to Make Vehicles Safer

A lot of vehicle safety testing and innovation concentrates on protecting a vehicle's driver and passengers in a collision, but that can be bad news for pedestrians. According to a report by the Governors Highway Safety Association, these safety measures, which typically focus on improving structural integrity, can make a vehicle more deadly if it hits a pedestrian. However, automakers also are steadily rolling out new safety technology designed to reduce impacts with pedestrians and other obstacles.

According to IIHS's Stewart, front-crash prevention systems are especially important, particularly those designed to work in low-light conditions.

"Front-crash prevention systems continuously monitor traffic in front of vehicles and warn drivers of potential collisions," she says. "Many systems automatically apply the brakes when a crash is imminent. Most current systems are designed primarily to address front-to-rear crashes with leading vehicles. Some systems are designed to prevent or mitigate crashes with pedestrians as well."

One example is Subaru's EyeSight driver assist technology, which Stewart said was studied by the Highway Loss Data Institute. Based on insurance records, pedestrian injury claim rates were 35 percent lower among vehicles with EyeSight than among vehicles without, which shows that such systems are effective.

That means more sidewalks, overpasses, underpasses, refuge islands in the medians of two-way streets, and traffic signals to give pedestrians time to cross streets without sharing the signal with cars. In addition to improving vehicle lighting, many areas also need better street lighting, too, so drivers can more easily see people on or near the roadways.

Finally, Stewart says, it's important to remember that simply slowing down when driving will reduce the number of pedestrian impacts, as well as the severity of injuries when they are hit. She said the IIHS is in favor of reducing speed limits and using speed cameras to help enforce them.

Now That's Interesting
Rearview cameras became commonplace in the early 2000s, though at first, they were available mainly in luxury cars or as an expensive option in more mainstream models. Over time, the technology became more common, until a federal requirement was passed that made them mandatory in all passenger cars sold in the United States. The requirement took effect in May of 2018. Next up is mandatory automatic emergency braking, based on an agreement that was passed in 2016 and will take effect in 2022.

Study Says 2035 Is Climate Change Point of No Return

Contrary to Popular Opinion, Cats Are No Good at Catching Rats 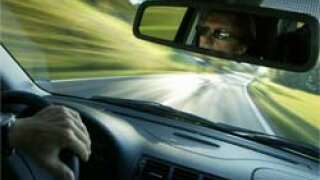 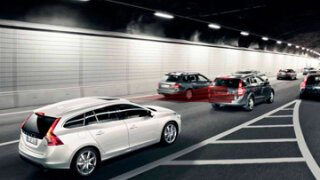 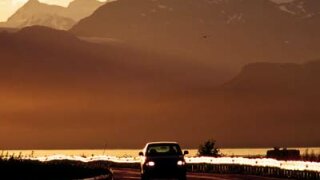 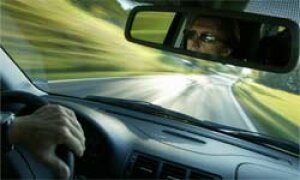 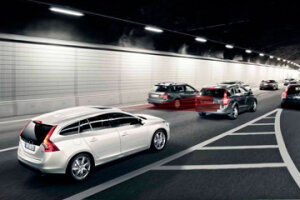