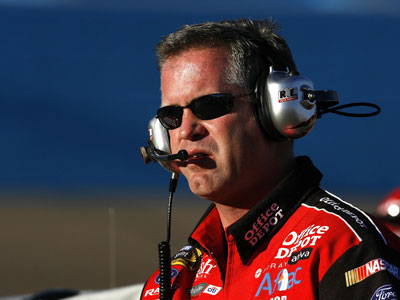 Crew chiefs like Bob Osborne, who runs the #99 Office Depot Ford (shown in Phoenix in 2008), have a lot to think about if the want to win races.
Jason Smith/­Getty Images for NASCAR

­It's difficult being a crew chief on the NASCAR circuit.­ Stock car racing in the 21st century is as much a science as it is a sport. The days of dirt tracks and drivers a generation removed from running bootleg liquor under the cover of night on country roads is gone forever. Today, everything about the sport is high-end, from the 100,000-seat raceways to the wireless communication systems between the drivers and their crews. Even some of th­e thermal-protection materials used to prevent heat accumulation in a car's cockpit were originally developed for NASA [source: NASA].

Thermal protection is only one of the many tweaks and modifications NASCAR cars undergo to gain that elusive edge over the other drivers. The slightest modification -- suspension changes, the car's weight, minor adjustments to the front fenders -- can radically alter the way the car will handle at extremely high speeds.

­­­Any NASCAR fan can tell you that each track has its own unique characteristics. Some tracks, like the Indianapolis Motor Speedway, chew through tires. Atlanta Motor Speedway is the fastest track on the circuit, which means that drivers must adjust horsepowe­r to gain an advantage. All of these considerations -- and more -- have to be sorted through by each car's crew chief before every single race.

We haven't even mentioned the physical changes the track undergoes during the race. If you want to know more, read the next page. 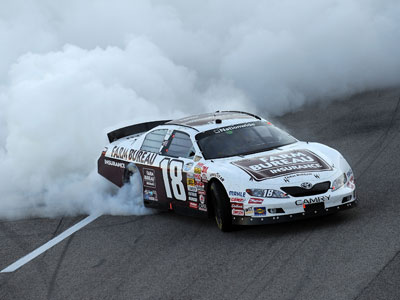